On 21st January 2021 BJP in a Press Conference made a allegation against Delhi Chief Minister Arvind Kejriwal of being associated with a ₹ 26000 cr. scam in Delhi Jal Board (DJB) over the last six years.

This type of allegation moves the stability, transparency and efficiency of a government body. Here we need to see both side of the coin, few days prior to this AAP accused BJP for ₹.2500 MCD scam, is this a counter attack or truth we as a citizen have to analyze.

On AAP allegation Delhi BJP President Adesh Gupta alleged that in the five year, a loan of₹ 41000crores was given to Delhi Jal Board out of which there were no account of₹ 26000 cores.

No amount has been repaid in the last five years. Interest liability on account of the outstanding loans of Delhi Jal Board is under reconciliation by the Principal Accounts Office and the concerned agencies as intimated by Department of Urban Development, Govt of NCT, Delhi.

According to BJP allegation there is no transparency in DJB account either in the form of borrowing from State Govt or mobilized from public debt not available in budget document only interest paid is shown.

BJP further alleged that “In just five years, (chief minister) Arvind Kejriwal gave a loan of Rs 31428 crore to the DJB, out of which there is no account of Rs 26,000 cr. Neither Kejriwal, DJB chairman Satyendar Jain nor its vice chairman Raghav Chadha is ready to give any account for this amount,” said the press statement issued by the party.

“There will be a need for no plan support in the shape of Grant –in –Aid from Government of NCT of Delhi for payment of interest of loan.

These above quoted words are repeated in following balance sheet with year changing in each financial year of 2018-19 then 2019-20.

DJB also stated in the conclusion of their Budget of 2019-20 “Delhi’s population has grown at a rapid pace in past decade and a half. It has been constant challenge to keep pace and to expand water and sewerage infrastructure and services, despite limited water resources.”

Even the Planning Department –(source Ch.- 4 Public Finance Report page 31) it is stated that “Delhi Jal Board increase in the interest of non-plan loan because their water tariff has not been revised in the last five years even their electricity charges was paid by Delhi Government to erstwhile DVB on behalf of DJB.

It is further stated that the interest from the public utilities like DJB …..are not received in cash because of their weak financial condition. The interest from these organizations is being recovered by converting their interest dues into further non-plan loan by way of a book adjustment.”

If we see in broad perspective then Delhi Jal Board has not done their auditing for the last 5 years neither in their portal nor anywhere so now the question Is BJP right in their allegation? Why they are not getting their auditing done? We have seen they are giving reasons like the population is growing as a result the demand for water has increased raising expenditure.

These are the only excuses in their financial statement its clear Delhi Government has paid DJB from their account. Now it is DJB responsibility to show the citizen of Delhi their tax money which they have spent.

When Law Insider spoke to BJP Media person Mr. Naveen Kumar regarding their allegation against AAP and DJB he confirmed that they are demanding from Delhi Government to hold a special session of Delhi Assembly as they are taking the matter of DJB lightly and the discussion for the curtailing the power of Delhi Government and giving LG the authority so that the alleged ₹26000 crore scam can be brought into the light.

Mr. Naveen Kumar said they have filed RTI on 21st Jan 2021 regarding this delay of auditing.

After all it’s the tax payer’s money which Delhi Jal Board is accountable for. 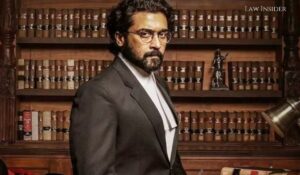 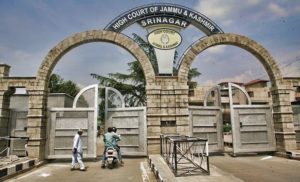 J&K&L HC: Sufficient Cause u/s 5 of Limitation Act Must be Liberally Constructed So as to Advance Substantive Justice 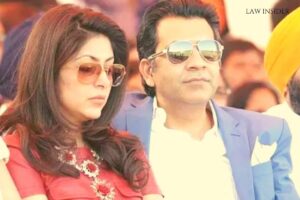