Electronic Evidence is now playing a vital role in Judicial Proceedings and Convictions in any Case. As the growth of Investigation methods, the Electronic Evidences also now being considered major factors. When we see the development in this domain, we found it is one of the greatest and most revolutionary inventions of mankind.

However, with the proliferation of the cyber space, there has been a tremendous increase in its misuse. The authenticity of e-documents has always been debatable, considering how prone they are to be tampered with. Investigation agencies are also increasingly facing issues with regard to the admissibility of such electronic evidence.

The societal communication happens through the transfer of thoughts form physical world to electronic world. The virtual world revolves around the use of information and communication technological devices such as computers, mobile phones, printers, digital cameras etc.

Unlike real world, the virtual world causes many opportunities for the commission of offences, such as phishing, identity theft, child pornography, hacking etc. Electronic information is often relevant in proving or disproving a fact or fact at issue, the information that constitutes evidence before the court.

According to Black‟s Law Dictionary, Evidence is- Something that tends to prove or disprove the existence of an alleged fact. Electronic evidence can be said to be a piece of evidence generated by some mechanical or electronic processes. It includes, but not restricted to, e-mails, text documents, spreadsheets, images, graphics, database files, deleted files, data back-ups, located on floppy disks, zip disks, hard drives, tape drives, CD-ROMs, cellular phones, microfilms, pen drives, faxes etc.

Till recently, the Indian Evidence Act, 1872 did not have specific provisions recognizing admissibility and appreciation of digital evidence. Substantially, it was not at par with modern technological development. Hence, to recognize transactions that are carried out through electronic data interchange and other means of electronic communication, law was required to be amended. Accordingly, Information Technology Act, 2000 (Act 21 of 2000) came to be enacted. The IT Act is based on the UNCITRAL Model Law on Electronic Commerce.

In this Certificate we will discuss Core concepts under the Evidence Act which are vital in Court of Law and Relevancy of facts, admissions and expert evidence.

The detailed Course outline is as follows:

1. Core concepts under the Evidence Act.

3. IT Act- Role in shaping up Electronic Evidence

4. Electronic Evidence and its admissibility

5. Proof of electronic and Digital Signatures

7. Examiner of Electronic Evidence u/s 79A of IT Act.

Question and Answer session will be there after every session.

Certificate will be issued after 48 Hours of Successful completion of Course.

Meeting Links will be shared one day before. 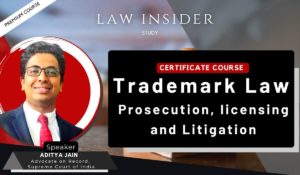 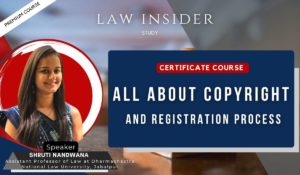 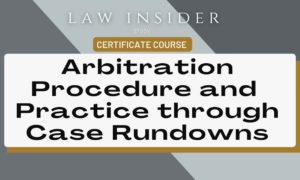