Fast track means’ using a faster path to a higher location or level than a standard route, according to the Cambridge dictionary.’ The Fast Track Court’s interpretation turns out to be a court that provides judgment more efficiently than a standard trial court.

The first reference to the definition of fast track can be found in the Eleventh Finance Commission’s recommendation, which recommended the establishment of 1,734 fast track courts for the disposal of pending legion cases. (though the term fast track courts were not used by them). The state governments, after consulting the high courts, were supposed to create FTCs.

A time limit of 5 years was proposed for the scheme. The State Governments have directly obtained funds from the Ministry of Finance to set up Fast Track Courts (FTCs). The deadline was expected to be March 31, 2005. Via its judgment in the case of Brij Mohan Lal v Union of India and Ors, the supreme court directed the program not to stop abruptly.

The primary goal of a fast-track court is to speed up the conviction system, reduce the pressure on traditional courts and minimize the backlog of cases. 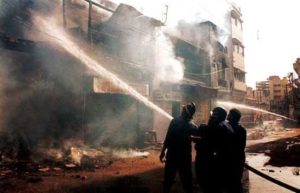 This case may be one example of how easily tracking a case can have significant consequences if at the beginning of a case the proceedings and facts are not adequately taken up by the court. In one of the post Godhra riots in Gujarat in the city of Vadodara in 2002, 14 people were burnt alive.

The case was tried in Baroda Fast Track Court No.1, which acquitted the 21 accused in the midst of charges of erroneous proceedings. This trial lasted only 44 days. The court criticized the police for not adequately investigating the case and also that several witnesses withdrew their evidence in court. The decision was also upheld by the High Court and it was not until the National Human Rights Commission intervened and petitioned the Supreme Court that the court ordered the re-trial.

When the Bombay High Court’s decision came in July 2012, upholding four people’s life imprisonment and acquitting five, several people were left disappointed. Due to the lapses in the conduct of the police as well as the Fast Track Court, timely investigation is of great essence; the Supreme Court noted that there was a gross miscarriage of justice. In this case, in a rare instance, the SC had sentenced prime witness Sheikh to one year in prison for perjury. 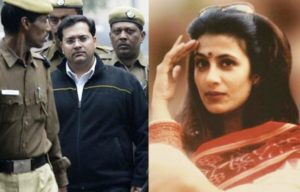 Jessica a model and waitress, was shot by the son (Manu Sharma) of a congress political leader. Sharma and the other defendants were acquitted in February 2006, leading to a massive uproar.

There was a petition from the public to the then President as well as the Prime Minister. The High Court took the matter urgently and heard the case without making several adjournments when the lower court’s decision was appealed.

While this is not a case that was legally Fast Tracked, several newspapers claimed that, referring to the nature of the incidents, the case was fastly tracked. This case shows why any court in India can be a fast track court and it seems like offering a placebo to angry people to make a special court for contentious cases. 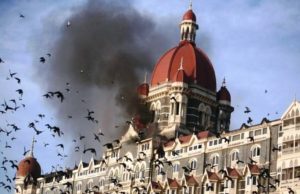 In January 2009, the case of Ajmal Kasab was brought to the Fast Track Court because of the seriousness of the crime (waging war on the country, murdering 166 people). A charge sheet running into 11,000 pages was submitted by the prosecution.

He was charged with at least 86 offences and, on May 6, 2010, was found guilty by the court of most of them and sentenced to capital punishment. This case went to the High Court for appeal, then the Supreme Court and the President of India applied for and denied a Mercy Petition. Four years after the gruesome attack, the last remaining terrorist was hanged.

“A fast track court is set up for a category of disputes… These categories themselves have a large chunk of cases. So it is just like any other court hall in the district judiciary — you have the court hall under individual judges who have anywhere between 50 to 100 cases listed per day.”

In a recent amendment to Section 309 of the Criminal Procedure Code (CrPC), a term of two months (60 days) from the date of filing of the charge sheet was set for the disposal of rape cases.

However, the procedural steps in such cases take much longer, on average. After the filing of a charge sheet, the life cycle of a rape case begins and it goes through three phases—framing of allegations, proof and final judgment. At the evidence level, a typical Delhi fast-track court spends 65 percent of its time, which includes recording statements in three parts—prosecution evidence, the accused’s statement under Section 313 of CrPC.

Also, the recent 2019 amendment to the POCSO Act has provided a specific mandate to speed up special courts dealing with human trafficking and child sexual exploitation cases. If this is effectively automated, this will lead to improvement, experts say. After operating for three-four years, a sustained review of POCSO fast-track courts will illustrate whether their functioning ensures that cases are heard and resolved quickly. If so, in normal courts as well, the procedures of these courts may be followed.

It is also noted that without holding the ground realities in mind, laws and regulations are passed. It is necessary for states to engage with the principal and senior district judges in order to get a sense of the problems facing the courts in different districts.

Both the metropolitan and far-flung non-metropolitan areas have to be paid equal attention. It is important to resolve thoroughly critical issues such as insufficient court personnel, improper physical and IT facilities and understaffed forensic laboratories, which affect the day-to-day operation of the FTCs.

It is necessary to ensure that its various components function efficiently and without any hindrance in order for the overall system to work productively. 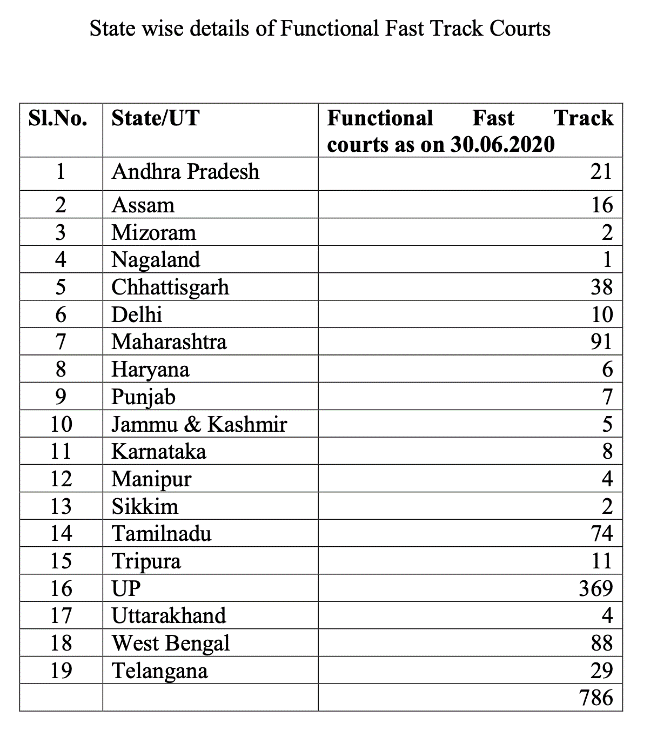