In a courageous move, the Supreme Court collegium headed by Chief Justice Dr. D Y Chandrachud has reiterated its recommendation to appoint Saurabh Kirpal, as a judge of Delhi High Court. The collegium rejected the Central Government’s objections about Saurabh Kirpal’s appointment.

The proposal to appoint Saurah Kirpal is pending for more than five years. Mr. Kirpal is an openly gay whose partner is a Swiss national.

In an interview to the media given a few years ago, Mr. Kirpal had admitted his intimate relationship with his foreign partner. The Central Government raised objections about this relationship and is reluctant to appoint him as a judge of the High Court.

The existing law of the land leaves a little scope for the government to take a different view. But the current Central Government is very powerful which hardly gives up. It has several tactics to delay the appointment. The Union Law Minister seems to be determined to replace the collegium system of appointing judges and most probably, Parliament may bring the NJAC once again in the near future. Thus, the situation is very complex.

In its resolution, the Supreme Court collegium disagreed with the government’s views and recommended Kirpal’s name once again for the judgeship of the Delhi High Court.

This is what the collegium said: “As regards the first objection, the two communications of R&AW do not reflect any apprehension in regard to the individual conduct or behaviour of the partner of Shri Saurabh Kirpal having a bearing on national security,”.

“There is no reason to pre-suppose that the partner of the candidate, who is a Swiss National, would be inimically disposed to our country, since the country of his origin is a friendly nation. Many persons in high positions including present and past holders of constitutional offices have and have had spouses who are foreign Nationals,”.

“Hence, as a matter of principle, there can be no objection to the candidature of Shri Saurabh Kirpal on the ground that his partner is a foreign National”.

“The fact that Mr. Saurabh Kirpal has been open about his orientation is a matter which goes to his credit. As a prospective candidate for judgeship, he has not been surreptitious about his orientation. In view of the constitutionally recognized rights which the candidate espouses, it would be manifestly contrary to the constitutional principles laid down by the Supreme Court to reject his candidature on that ground,”.

“Shri Saurabh Kirpal possesses competence, integrity and intellect. His appointment will add value to the Bench of the Delhi High Court and provide inclusion and diversity. His conduct and behaviour have been above board. It may have been advisable for the candidate not to speak to the Press in regard to the reasons which may have weighed in the recommendations of the Collegium being sent back for reconsideration,”.

“However, this aspect should not be considered as a negative feature, particularly since the name has remained pending for over five years. The overwhelmingly positive aspects of the candidature of Shri Saurabh Kirpal must, therefore, weigh in the balance”.

Now, as per the existing constitutional practice relating to the judicial appointments, the Union Government is bound to appoint Mr. Kirpal as a judge of Delhi High Court because the recommendations made by the collegium are binding on the government. But several constitutional pundits believe that the Central Government will not digest this recommendation easily despite the reiteration by the collegium.

The proposal has already been delayed for five years and more delay will create more problems for Mr. Kirpal, a brilliant senior lawyer who earns tons of money annually. More delay will discourage him to accept the appointment as some persons did in the past. His father was the Chief Justice of India once upon a time.

Only a few families, castes, and communities should not be allowed to dominate the Indian judiciary. The Union Government should also take steps to constitute a National Judicial Appointments Commission which could appoint the meritorious judges as per the constitutional mandate.

The collegium system has failed to promote diversity in the judiciary. It should be scrapped and a new system should come into existence. India cannot tolerate the elitism, casteism, and nepotism. The people hold the judiciary in high esteem.

People’s trust is the greatest strength of the judiciary. Now the ball is in the Central Government’s court. Let us see how the government takes this reiterated recommendation of the Supreme Court collegium. Only time will tell. Jai Hind, Jai Bharat. 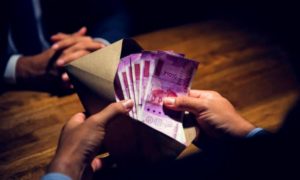 The Dissenting Judge on Demonetization