The President is also the supreme commander of the defence forces in the country. However, the powers of the President are exercised on the advice of the elected government headed by the Prime Minister who, along with his ministerial colleagues, is collectively responsible to the Lok Sabha.

There is hardly a situation where the President acts at his discretion and disregards the advice of the Union Council of Ministers. Many people are discussing the constitutional role and position of the President. Public opinion is quite divided on this issue. It is widely believed that the President is nothing but a titular head who has to go along with the Prime Minister.

On the other hand, there is also a view that the President is not a rubber stamp at all and can take courageous stands in difficult situations when the government makes decisions in violation of constitutional provisions. In this piece,I am throwing some light on the actual constitutional position of the President of India in light of the different constitutional developments that occurred in the country.

However, the President has limited scope to return the advice of the Council of Ministers for its reconsideration once but thereafter, if the Council reiterates its view, the President will be bound to accept the same. This position is now well-settled after the 44th Constitutional Amendment Act, 1978 and numerous judgments of the Supreme Court on this issue. But it does not mean that the President is merely a rubber stamp or only a mouthpiece of the Central Government who dances as per the instructions of the elected government.

A President who is well versed in constitutional law and practice can make a difference. The President has a constitutional right to seek information from the Prime Minister under Article 78 of the Constitution. The President reads all the papers and can seek clarifications/explanations from the government as and when required. During his tenure, President K. R. Narayanan exercised referral power two times. He returned the advice of the Cabinet for its reconsideration regarding the imposition of the President’s rule in the States of U.P. and Bihar during the Gujral and Vajpayee Governments respectively and saved those governments. This is called presidential activism.

In 1997, then Governor of Uttar Pradesh Romesh Bhandari recommended the dismissal of Kalyan Singh’s government in U.P. to the Union Cabinet headed by then Prime Minister I. K. Gujral, who approved the same and recommended to the then President K. R. Narayanan to dismiss the government headed by Chief Minister Kalyan Singh, a prominent BJP leader who played a great role in the Ram Mandir movement of Ayodhya. President Narayan read the entire file, and also read the judgment of the Supreme Court delivered in the S R Bommai case in 1994 which is the authority regarding the use of Article 356 of the Constitution. After reading the papers, the President expressed his displeasure to the Prime Minister and asked him to reconsider the Cabinet’s recommendation.

The wise Prime Minister Gujaral respected the President’s views and did not reiterate the Cabinet’s decision. In his memoirs titled Matters of Discretion, on pages 435-36, Mr. Gujaral recalls his experience in these words: “I requested the President and the Vice-President to spare some time so that we could discuss the U.P. crisis after dinner. The three of us met in the President’s private chamber. After a 45-minute discussion, all of us were convinced that the dissolution of the U.P. Assembly by the Governor at the behest of the Government of India should be avoided since, as the President put it, ‘withdrawal of support is not a failure of the Constitution.“

“The President told us that he had studied the Bommai case judgment at length and also the Sarkaria Commission’s observations that the ‘Governor must not do the head counting and the Government must be made or unmade only on the floor of the House. This statement clinched the issue. I requested Narayanan to let me inform the United Front partners that ‘I had failed to persuade the President’. I felt that such a step would help me in watering down the enthusiasts’ demand for sacking the U.P. Government. He agreed immediately and gave me copies of the Bommai judgment and the Sarkaria Commission report”.

Once again in 1998, then-President Narayanan demonstrated his justified constitutional activism and persuaded the Vajpayee government not to dismiss the Bihar government led by then Chief Minister Rabri Devi, Laloo Prasad Yadav’s wife. The President found no evidence of a constitutional breakdown in Bihar and returned the advice of the Union Cabinet for its reconsideration to then Prime Minister Atal Bihari Vajpayee who also honoured the President’s view.

In one of his articles published in the Indian Express, then Attorney-General for India Soli Sorabjee narrates the story in these words: “As Attorney-General, I had a meeting with President Narayanan. Thereafter, I conveyed to Prime Minister Vajpayee that the President’s reservations were cogent and President’s rule in Bihar would be constitutionally vulnerable in view of the Supreme Court’s judgment in the Bommai case. Thereafter, the proposal was happily dropped”.

So, this was the personality of President Narayanan who saved the life of two governments and set the fine precedents in the Indian presidency. Admittedly, the President is bound to act as per the ministerial advice but the President is not a robot. He is a human being who applies his mind while appending his signature on papers. He cannot sign anything presented by the government.

Let me conclude this note with these observations of eminent jurist Professor M. P. Jain: “The influence of the President, however, depends on his personality. A man of character and ability can exert a potent influence on the affairs of the government with his advice, help, and persuasion, by using his knowledge, experience and disinterestedness to arrive at sound decisions on matters affecting the well-being of the people and not by his dictating any particular course of action to his ministers”.

Also Read- Appointment and Removal of Ministers: Trusting wisdom of the Prime Minister 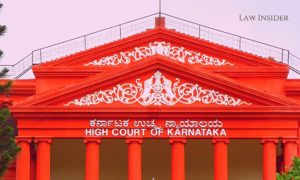 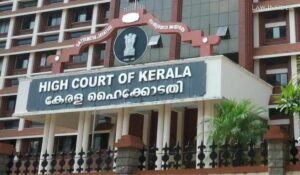