India – Pakistan relations have always been complex and hostile due to various historical and political series of events. Since independence, India and Pakistan got engaged in numerous violent conflicts which started after the partition of British India in 1947 that lead to the major dispute for occupying Kashmir to various other military disputes.

The two countries were involved in three major wars, one minor war, and numerous armed battles where the Kashmir conflict being the major one. The relations between the two countries have grown sour with time.

Even after the conflicting rivalry between the two countries, many attempts have been made to enhance their relations; either it is Shimla summit, Agra summit, or Lahore summit.

Various confidence-building measures have also been taken to curtail fear of attack by both countries in a situation of war or disagreement.

To build confidence between the countries ceasefire has been successful in de-escalating situations.

The ceasefire is a momentary stoppage of war where both sides agree with each other to suspend combative actions.

It can be explained as “a suspension of active hostilities”[1] which is an attempt with an intention to resolve armed conflicts between warring parties.

Ceasefire suggests an informal understanding between the disputing parties which may be declared in the form of the formal agreement for reconciliation and commitment to seek an end to the conflicts.

It can be formal or informal, oral or written and the conditions for the cease-fire agreement may be public or secret according to the circumstances of the conflict. It may occur through third-party mediation or can be imposed by United Nations Security Council Resolutions.

The ceasefire agreement between the belligerent parties is followed by armistices and then by signing peace treaties.

However, it can be misused by parties and refer to it as ‘failed ceasefires’ to deviate forces.

The durability of ceasefire agreements is afflicted by numerous factors, such as disengagement of troops, demilitarized zones, and third-party ‘mediator’ guarantees.

Some of the historical examples for the cease-fire agreement between the warring parties are:

History of Ceasefire between India and Pakistan

The Karachi agreement of 1949

In October 1947, there was a conflict between the two newly independent countries, India and Pakistan, in Kashmir where India was interceding on behalf of the princely ruler of Kashmir, who had joined India, and Pakistan supporting the rebels.

Under Article 35 of the UN Charter that specifies “likely to endanger the maintenance of international peace” India referred the matter to the UN Security Council as there was a possibility that the dispute between these two countries would develop into an international war.

The Karachi agreement, 1949 was the first cease-fire agreement between India and Pakistan on 1st January 1949 that ended the Indo- Pakistani war of 1947. It was a UN Mediated cease-fire that created a boundary line in Kashmir called the Ceasefire Line or CFL, and the Security Council created the UN Military Observer Group in India and Pakistan (UNMOGIP) to monitor the cease-fire.

After several UN resolutions, a ceasefire agreement was reached between the countries towards the end of December 1948 after monitoring for an entire year as the fighting continued, which came into effect in the New Year.

The Tashkent Agreement of 1965

Indo – Pakistani war of 1965 took place from April 1965 to September 1965 between Pakistan and India. The conflict between the countries began with Pakistan’s Operation Gibraltar that was designed to send secret forces into Jammu and Kashmir to bring out the insurgency against Indian rule to which India counterattacked by launching a military attack on West Pakistan.

The war affected thousands of casualties of both conflicting parties but eventually ended in a ceasefire. The ceasefire line was unaltered in this agreement also.

The ceasefire Agreement of Tashkent was declared by UNSC Resolution 211 with an intervention by the Soviet Union and the United States to end the hostilities between the two countries. However, even after signing the Tashkent agreement status quo was maintained in border areas similar to the Karachi agreement.

The Shimla Agreement of 1972

Bangladesh liberation war 1971 occurred for the independence of Bangladesh which was earlier known as East Pakistan and was a part of the territory of Pakistan. The conflict for independent Bangladesh transferred into the major war between India and Pakistan as Indo- Pakistani war 1971.

On 2nd July 1972, the Shimla agreement was signed between India and Pakistan in Shimla after the Bangladesh liberation war of 1971 to terminate the conflict and ameliorate their relations that have been affected due to the war.

The Shimla agreement converted the ceasefire line into a Line of Control (LOC) which was delineated in Jammu and Kashmir by the Suchetgarh Agreement of 1972 and it was agreed that “neither side shall seek to alter it unilaterally, irrespective of mutual differences and legal interpretations“.

Both the countries agreed to “settle their differences by peaceful means through bilateral negotiations” and thus denied the third-party mediation even though it is United Nation.

The Cease Agreement of 2003

For the first time in six decades, it was the 2003 cease-fire agreement that expedited the opening of the Srinagar-Muzaffarabad and Poonch-Rawalkot routes for bus and truck services. It also permitted India to complete the construction of a fence near the LOC to prevent Pakistan’s terrorists attack into Kashmir.

According to the agreement, except for the situations of mutual differences and legal interpretations of the agreement the conflicting countries cannot change the terms of the ceasefire unilaterally.

Since 2003, there has been an increased number of breaches as per the norms accorded by the ceasefire agreement of 2003 between India and Pakistan.

When the NDA government came to power in 2014, there were 153 ceasefire breaches which did not change the next year as well.

“In 2017, more than 1,300 Indian ceasefire violations, the highest ever in the recent past, have resulted in 52 deaths and 175 were injured. We have consistently stressed that Indian aggression is a threat to regional peace and tranquility,“ as has been stated by spokesman Mohammad Faisal, Pakistan’s Foreign Office (FO) spokesperson.[2]

In 2020, despite the Covid-19 outbreak, ceasefire transgressions were highest between India and Pakistan. There have been more than 4,645 violations which are about an average of 12.7 violations a day as has been stated in reply for RTI.

As per the current scenario, there were 299 violations in 2021 due to which the military commands of India and Pakistan have decided to adhere to the 2003 cease-fire agreement from midnight Wednesday 25 February 2021.

According to the reports, both the countries issued almost identical statements on the conversation of adhering to the 2003 ceasefire agreement during the press conference and didn’t accuse the opposition of the violation or wrongdoing which is very unlikely to happen in several years.

While complying with the 2003 agreement Northern Army Commander Lieutenant General YK Joshi has even mentioned that “The present situation is a reflection of our nation’s behavior as a responsible member of the comity of nations where we have displayed maturity, restraint, and humanitarian outlook during the trying times of Covid pandemic.”

However, on May 3, 2021, there was a breach in the ceasefire agreement again by opening an unprovoked and dastardly attack in the Ramgarh sector. After the agreement in February 2021 to adhere to the 2003 ceases fire agreement, it was the first instance of violation between the countries.

This violation raises the question of whether the renewed ceasefire can sustain or the agreement between them would be dead. It is now hoped that rather than aggravating the conflict, both the countries would try to abide by the 2003 agreement for normalizing the situation of conflict and maintaining peace within countries.

India – Pakistan relations have been in the limelight for various historical and armed conflicts. The disputes and tensions within the two countries turn into major wars and reasons for bloodshed. Many attempts have been made to improve their relations even after the conflicting rivalry between the two countries.

The ceasefire is one of the attempts to put an end to the war where the conflicting parties agree with each other to terminate their aggressive actions.

Since 2003, there has been an increased number of breaches of the cease-fire agreements between the countries. The digits for the violations have increased till 2021.

The two countries, in 2021 have mutually decided to adhere to the 2003 ceasefire agreement and this is what stopping India and Pakistan from opening fire at each other.

However, in May, the ceasefire agreement of 2003 was breached again by Pakistan by opening unprovoked fire. It is now to see if the countries would comply with the agreement or the situation of disagreements would rise again. 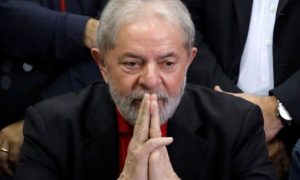