Over 3.7 million or around 10% of the 37.7% million cases are pending before High Courts, District and Taluka Courts across India and have remained pending for over a decade, according to the National Judicial Data Grid. In order to reduce the overloaded burdens on the normal courts and to provide speedy justice in reasonable way, tribunals were created.

What is a tribunal?

“Tribunal” is a term derived from a word “tribunes”- magistrates of the classical Roman Empire. “Tribunal” originally referred to the office of tribunes and was used sometimes in the sense of historical writings. Earlier the tribunals were not originally part of the Constitution of India. They were introduced in 1985 with an objective of speedy justice, inexpensive and adjudication of disputes in various matters and also to lessen the burden or pressure on regular courts. Tribunals were created with a decision-making power conferred upon them by law.

The Supreme Court defined tribunal as used in Article 136 – in which it said that Tribunals does not mean the same thing as ‘court’ but includes within its ambit all the adjudicating bodies provided they are constituted by the State and are invested with judicial, as distinguished from administrative or executive, functions.

According to The Frank Committee, tribunals have certain characteristics which often give them advantages over the courts. These are cheapness, accessibility and freedom from technicality.

Article 136 of the Constitution empowers the Supreme Court to grant Special Leave to appeal from any judgement, decree order, determination, sentence or order passed or made by tribunal in India.

Article 227 enables every High Court to exercise power of superintendence over all tribunals throughout the territories over which it exercises jurisdiction.

The 42nd Constitutional Amendment enacted in 1976 inserted Article 323-A and 323-B through which the Parliament was authorized to constitute administrative tribunal for settlement of disputes and adjudication of matters specified.

Establishment of Tribunals by State Legislature or Parliament

Article 323-B empowers the parliament or the state legislatures to set up tribunals for matters other than those mentioned above. The matters to be covered by such tribunals are as follows:

From the power conferred under article 323-A parliament passed a law to establish the administrative tribunals in India. The administrative tribunal act 1985 provides for adjudication or trial or disputes and complaint with respect to recruitment and conditions of services of public servants. Today there are 17 benches of the tribunal located throughout the country wherever the seat of a High Court is located with 33 division benches.

Although tribunals were constituted to deliver speedy justice, quick justice to people there are some challenges in its functioning listed below:

This is a military tribunal established under the Armed Forces Tribunal Act, 2007. It settles disputes with respect to the commission, emoluments, appointments and service conditions of personnel in the armed forces. Its principal bench is in new Delhi and also has ten regional benches. Headed by Justice Rajendra Menon. 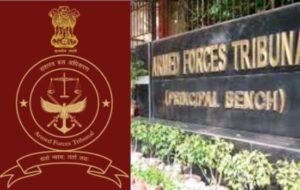 It was formed in 2010 for effective and expeditious disposal of cases that are related to protection and conservation of the environment, forests and other natural resources. The tribunal is mandated to make and endeavour for disposal of applications or appeals finally within 6 months of filling of the same. Initially the NGT is proposed to be set up at five places of sittings and will follow circuit procedure for making itself accessible. New Delhi is the principal place of sitting of Tribunal and Bhopal, Pune and Kolkata are the other benches. Headed by A. K. Goel. 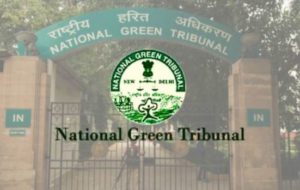 Section 252 of the Income Tax Act 1961, provides that the central government shall constitute an appellate tribunal consisting of many judicial members and accountant members as it thinks fit to exercise the powers and functions conferred on the tribunal by the act. 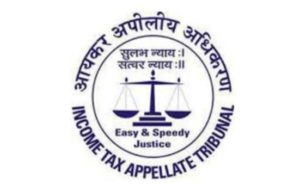 The parliament has enacted Inter-State River Water Disputes Act 1956 and has formed various water disputes tribunal for adjudication of disputes relating to waters of inter-state rivers and river valleys thereof. The standalone tribunal: the Inter-State River Water Disputes Amendment Bill 2019 was passed by the parliament for amending the existing ISWRD Act, 1956 to constitute a standalone tribunal to remove with need to set up a separate tribunal for each water dispute. 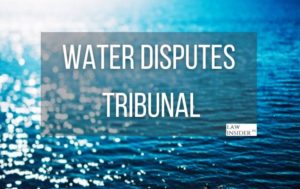 It is also referred to as mhadei water disputes tribunal is a tribunal that adjudicates the dispute over river mhadei water allocation. The sharing of water of the river is a cause of dispute between the government of Karnataka and Goa.

It was a water utilization disputes among the river under the provisions of Inter-State River Water Disputes Act, 1956. The common tribunal was headed by Sri RS Bachwaat along with Sri Dm Bhandari and Sri Dm Sen

It has a jurisdiction to deal with service matters pertaining to the central government employees or any union territory or of any a corporation owned or controlled by the central government. CAT was set up on 1 November 1985. It has 17 regular benches, 15 of which operate at the principal seats of High Courts and remaining two at Jaipur and Lucknow. The members are drawn, both from judicial as well as administrative streams to give the tribunal the benefit of expertise both in legal and administrative spheres. 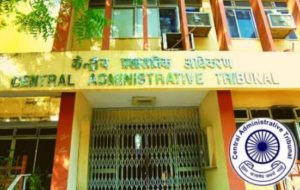 The NCLAT (National Company Law Appellate Tribunal) was constituted under Section 410 of the Companies Act, 2013, to hear appeal against the orders of National Company Law Tribunal (NCLT). NCLT is a quasi-judicial body that adjudicates issues relating to companies. It is also the appellate tribunal for orders passed by NCLT under section 61 of the Insolvency and Bankruptcy Code, 2016, for order passed by the Insolvency and Bankruptcy Board of India under Section 202 and 211 of IBC. Any person aggrieved by any order of the NCLAT may file an appeal to the Supreme Court. 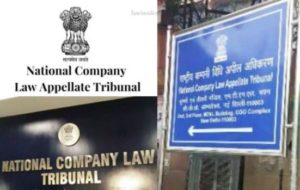 It is a quasi-judicial body that hear appeals against order and decisions passed under the Customs Act,1962, and Central Excise Act, 1944, as amended from time to time. It was initially known as customs excise and gold tribunal. The appellate tribunal was constituted under Article 323 [B] of the Constitution of India. The tribunal was constituted for expeditious disposal of appeals which was earlier handled by Central Board of Excise and Customs which came into government revision. CESTAT headquarter is located in Delhi and is headed by President. The tribunal benches are also at Mumbai, Kolkata, Chennai, Bangalore, Ahmedabad, Allahabad, Chandigarh and Hyderabad. It also hears orders passed by the designated authority in Anti-dumping duties under Custom Tariff Act, 1975. 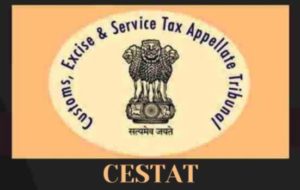 It was established under Railway Claim Tribunal Act, 1987 which came into force from 8th November, 1989 to provide speedy justice to the rail users and passengers by the way of expeditious payment of compensation to the victim of rail accidents, to give compensation to the people whose goods are lost or damaged while with railways. The current chairman is Justice K. Kannan and will hold the office for 5 years. Its benches are in Ahmedabad, Bangalore, Bhopal, Bhubaneshwar, Mumbai, Nagpur, Chandigarh, Kolkata, Guwahati, Erankulam, Gorakpur, Ghaziabad, Lucknow, Jaipur, and New Delhi. 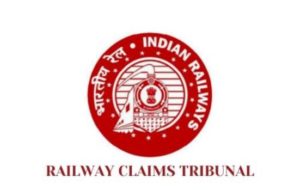 It was established to facilitate debts recovery involving banks and other financial institutions and their customers. DRTs were set up after passing of Recovery of Debts Due to Banks and Financial Institutions Act, 1993. Section 3 (RDDBFI Act) empowers the central government to establish DRTs. The Debt Recovery Tribunals are fully empowered to pass comprehensive orders can travel beyond the Civil Procedure Code to render complete justice. DRT can hear cross suits, counter claim and allow set offs. However, DRT cannot hear claims of damages or deficiency of services or breach of contract or criminal negligence on the parts of lenders. DRT cannot express an opinion beyond its domain, or the list pending before it. It can appoint receivers, commissioners, passex-parte orders, ad-interim orders, interim orders apart from powers. DRT is presided by presiding officers who is appointed by the central government. 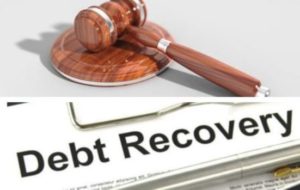 The Competition Appellate Tribunal was set up by the Central Government. It was hearing and disposing of appeals against any course or decision taken or order made by the CCI. It also decided on a demand for compensation that can result from the CCI’s findings. The Competition Act excludes the jurisdiction of civil courts in respect of matters that the CCI. However, the government had ended the COMPAT in 2017 vide a notification and stated that all the pending cases will now be heard by the NCLAT.

The Securities Appellate Tribunal is a legislative body set up under the provisions of Section 15K of the Securities and Exchange Board of India Act, 1992, to hear appeals against orders given under the Act by the Securities and Exchange Board of India (SEBI) or by an adjudicating officer; and to exercise jurisdiction, powers and authority bestowed on the Tribunal by or under this Act or by an adjudicating officer under the Act; SAT hears and disposes of appeals against orders provided by the Pension Fund Regulatory and Development Authority (PFRDA), under the PFRDA Act, 2013, as a result of Government Notification No.DL-33004/99 dated 27 May 2014. Furthermore, with respect to Government Notification No. DL-(N)/04/0007/2003-15 of 23 March 2015, SAT listens and disposes of appeals against orders issued under the Insurance Regulatory Development Authority of India (IRDAI) under the Insurance Act of 1938, the General Insurance Company (Nationalization) Act of 1972, and the Insurance Regulatory and Development Authority Act of 1999 and the Rules and Regulations of IRDAI. 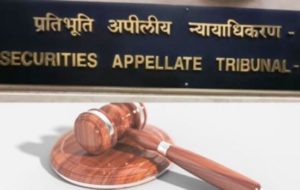 How are Tribunals different from Courts?

A tribunal is an agency created by statues and invested with judicial powers. It has the powers to try cases that are of the type that the statute confers upon them. They are formed for adjudicating cases of a particular kind. Tenures, terms and conditions of the services of the members of tribunals are entirely in the hands of executive. The presiding officer may or may not be trained in law. The tribunal may be a party to the disputes. Tribunals are bound by the principals of natural justice and not the civil procedures. Tribunals cannot decide the vires of legislation.

A court is part of the traditional judicial system wherein the power is derived from state. Civil courts have the power to try all civil suit unless there is an express or implies bar. Judges of the courts are independent of the executive. The presiding officer here is trained in law. The judge should be impartial and not interest in subject matter of the dispute. Courts of law are bound by rules of procedure and evidence. Courts can decide the vires of legislation.