Supreme Court granted relief to Telangana Fire Workers Dealers Association. Apex Court today allowed the sale and use of firecrackers in telangana with some restriction.

Yesterday Telangana High Court has ordered the state government to impose a ban on the sale and use of firecrackers keeping the pandemic in mind.

After Telangana High Court order for ban on firecrackers in the state, Telangana Fire Work Dealers Association has filed a plea in the Supreme Court challenging the High Court’s order to ban firecrackers ahead of the festivals.

Supreme Court order is interim in nature and not a precedent for others cases. The lifting of the ban on firecrackers only pertains to Telangana and follows the plea challenging the high court order.

Telangana Fire Workers Dealers Association approached to the Supreme Court against Telangana high court order banning sale and use of fireworks during Diwali. Association sought immediate stay on grounds that their livelihoods will be at stake because of the order.

Few days back tribunal has specified time periods for bursting of crackers – 8pm-10pm on Diwali and Gurupurb, 6am-8am on Chhath, and 11.55pm-12.30am on Christmas and New Year’s Eve. 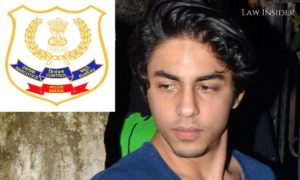