Rape is a serious offense. In one example, it was decided that rape is a horrific act that reflects society’s hideous nature. It also violates the victim’s most precious Fundamental Right, the Right to Life, as enshrined in Article 21 of the Indian Constitution. The primary goal of this Violation is to degrade a woman’s respect. Women are highly admired and revered.

Rape is a global threat to public safety and women’s and children’s protection. Due to a lack of solid evidence, sexual offences are under-reported and have a low conviction rate. Because sex crimes occur in isolation, forensic confirmation of the Prosecutrix solitary evidence becomes important because visual witness is impossible to find. Since 1986, DNA has been a powerful evidentiary tool for verification of the Prosecutrix’s single Testimony. The Prosecutrix’s and the Accused’s DNA profiles of biological components transferred have credible probative value.

In the Indian Penal Code (IPC), Section 375 (Rape) is defined as illicit sexual relation with a female which is caused by penetration of penis of a male into vagina of the female.

Meaning and Significance of EVIDENCE

Evidence is a term that is understood by both laymen and lawyers. The law of evidence, on the other hand, defines it in a technical manner, combining numerous different aids based on the facts of each case.

Any matter expressed or described on any substance by letters, figures, or marks, or by more than one of those ways, intended to be used, or which may be used, for the purpose of recording that matter is referred to as a Document. As a result, the Evidence Act recognizes both Oral and Documentary Evidence.

The Impact of Medical Evidence in Sexual Assault cases

One of the key reasons for the low conviction rate is the lack of uniform guidelines for acquiring medical evidence in rape cases.

Only 26.4% of the 24,206 cases of rape that were registered in 2011 had Convictions, according to National Crime Records Bureau.

The principal features of the examination are:-

Medical professionals frequently concentrate on issues that are unrelated to the study. Doctors keep track of the Victim’s sexual history, which isn’t always relevant to the situation. In 2008, the Himachal Pradesh High Court found that the survivor’s sexual past had no bearing on the rape case. To establish how acclimated the survivor is to sexual intercourse, doctors employ the antiquated two-finger test. The Victim’s character may be harmed as a result of this information.

In 2010, a Sessions Court in New Delhi found that the two-finger test was infringing on the Victim’s privacy and that it needed to be halted. A lack of coordination exists between the hospital where the medical examination takes place and the forensic laboratory where the evidence is transferred. As a result, hospitals rarely receive a copy of the chemical analysis report, despite the fact that the doctor who did the medical examination is required to provide an opinion based on the data.

By medical evidence, it was apparent that there was swelling in vagina and hymen was torn. There was pain in private parts. Vagina admitted one finger. Blood stain was on the cloth of girl. Held that it was possible that vaginal hole was constricted after sexual intercourse. Tearing of hymen was enough to constitute the Offence of Rape.

In a case, it was alleged that the girl was kidnapped and raped while she was still a Juvenile. The victim was checked by a doctor, but no definitive opinion of rape was given in the report. Hymen, on the other hand, was not present. There were some old healed tears discovered. The radiologist was asked for an age fixation report, but the Prosecution was unable to present one. The Appeal was partially granted.

A doctor discovered blood discharge from the victim girl’s private areas in another case. The Victim’s clothes were also stained with blood at the time of the incident. Her entire private parts were shredded, from anus to vagina, and blood was dripping from the damaged areas. Her vaginal membrane had been damaged as well. She had never heard of the Appellant. Rape was concluded by the Court.

In a notable case, it was alleged that in the middle of the night, the Accused sat on the complainant’s back and lowered her petticoat. She was also alleged to have been awakened at the time. There was no blood or semen stain on her vagina or clothes, according to medical data. There was no penetration. There was no proof of rape. The presence of sperm in the vaginal canal was established through medical data. In Medical Report, Rape was also mentioned.

The Victim claimed that the Accused used a towel to wipe out her vaginal discharge. During the investigation, the towel was not found. This did not support the Complainant’s claim. During the medical evaluation, no semen stain was discovered. The Complainant’s underwear was not stained with blood, and his hymen was not damaged. It was claimed that there was no penis penetration.  The Complainant revealed the name of the Accused after six days. The doctor found no Evidence of Rape on the girl’s vagina. The cervix, labia, and vulva were all intact. There was no sperm found. The Court decided that Rape had not been proven.

DNA analysis, also known as DNA typing or DNA profiling, studies DNA discovered in tangible evidence like blood, hair, and sperm to see if it can be linked to DNA from specific people. In Criminal Prosecutions, DNA analysis has become a common form of evidence. It is also utilized in a Civil action, notably in matters concerning the paternity of identity determination.

DNA profiling in the Legal System

The admissibility of DNA evidence in Court is always contingent on its accurate and proper collection, preservation, and documentation, which might persuade the Court that the evidence presented is trustworthy. In India, there is no formal legislation in place that can provide explicit directions to investigating agencies and courts, as well as the method to be followed in instances involving DNA as evidence.

Furthermore, the Indian Evidence Act of 1872 and the Code of Criminal Procedure of 1973 contain no explicit provisions for dealing with science, technology, and forensic science issues. Due to the lack of such a provision, an Investigating officer has a difficult time gathering evidence that uses current techniques to establish his case which proves the accused guilty.

A police officer may obtain the help of a medical practitioner in good faith for the purpose of an inquiry under Section 53 of the Code of Criminal Procedure of 1973. However, it does not allow a Complainant to collect blood, sperm, or other evidence in order to file Criminal charges against the Accused.

The Cr.P.C. (Amendment) Act, 2005 added two new sections that allow the investigating officer to get DNA samples from the bodies of the Accused and the Victim with the assistance of a medical practitioner. These provisions allow a medical practitioner to examine a person suspected of rape, as well as a medical examination of the rape victim. But the admissibility of these evidences has remained in a state of doubt as to the opinion of the Supreme Court and various High Courts in various decisions remained conflicting. Judges do not deny the scientific accuracy and conclusiveness of DNA testing, but in some cases, they do not admit these evidences on the ground of legal or constitutional prohibition and sometimes the public policy.

Perspective on the admissibility of DNA in the Indian Legal System

In recent years, the use of DNA as evidence in Criminal investigations has increased in India. Law enforcement has benefited from DNA testing in identifying perpetrators and solving complex cases. On the other side, DNA testing has proven that many persons who have been convicted are truly innocent.

A woman and husband were lodged in different wards in Jail on the charge of Murder. The female accused the Jail official for raping her. During a regular medical check-up, she was found pregnant. There was no possibility of cohabitation by husband as they were lodged separately. The court has order DNA test for 12 people including five policemen and four prisoners. This shows that DNA test help in proving the person innocent or guilty.

Three persons raped a fourth-year student of Maulana Azad Medical College on the terrace of khooni darwaza, a historical monument, on November 15, 2002. DNA test in Rape case of a medical student of Maulana Azad Medical College, New Delhi. Suspects were apprehended by the police. DNA tests were performed on blood samples taken from one of the suspects. The samples were transferred to the Hyderabad-based DNA Fingerprinting and Diagnostic Laboratory. The test revealed that blood samples were matched with the vaginal semen and DNA sample found on the sanitary pad of the victim. Thus, the main accused could be identified by the help of DNA.

Further details on Legal Status of DNA as Evidence in India

It is the responsibility of the doctor or hospital who examines the Rape victim to take care and protect the victim and provide medical examination and care without a police request. Until now, rape survivor examinations have been possible only after receiving a police requisition. If the survivor reports to the hospital without the FIR, the doctor should review the matter.

The victim’s treatment and examination should not be denied due to lack of police records. It should not be done if the survivor does not wish to tell the police about the incident. The unwillingness to inform the police, on the other hand, should be noted.

Only if the victim, parents, or guardians request it, should a medical evaluation be conducted. Neither the court nor the police may compel the survivor to seek medical help.

If a male doctor examines a female patient, the examination must be done in the presence of a female nurse/attendant/etc. The name and signature of the female in whose presence the examination is conducted must also be collected in such circumstances.

All about Contract of Guarantee 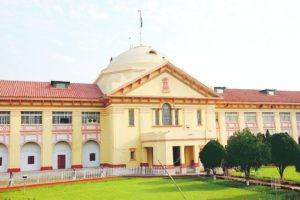