Advocate General C. P. Sudhakara Prasad, on Friday, 30th April 2021, accorded a sanction to a petition seeking the initiation of contempt proceeding against Indian National Congress leader K. Sudhakaran for his comments regarding a High Court judgement for the Shuhaib murder case.

A division Bench had overturned a single Bench judgement that ordered a CBI inquiry into the death of one Shuhaib.

According to news reports, the Sudhakara Prasad termed the Kerala High Court Division Bench judgement as “മ്ലേച്ചമായ വിധി”, which roughly translates to disgraceful and had continued to make derogatory remarks against the judges who comprised the Bench, questioning their intellectual abilities.

Sudhakara also expressed the view that the judgement destroyed the public confidence.

The Advocate General accorded sanction to a petition filed by Advocate Janardhana Shenoy seeking the institution of contempt proceedings against Sudhakaran.

The Advocate General said, in his opinion the politician (Sudhakaran) described the judgement as disgraceful and made scandalising remarks about the judges on the Bench.

After a Single Judge directed CBI inquiry into the death of Shuhaib, the division Bench had set aside the ruling in 2018, which was then followed by proceedings in the Supreme Court.

Shuhaib was a congress worker. The case, politically a contentious issue, was highlighted by the Congress as a demonstration of the CPI(M)’s culture of eliminating rivals.

The petition filed by the Advocate General, alleged that the prime accused, Akash was close to those in high order of power, including CPI(M)’s Kannur district Secretary P. Jayarajan, and hence, asserted that the current investigation was going in a manner dictated by the leaders of the ruling CPI(M) who “control” the police machinery in the district.

It also contended that the Chief Minister Pinarayi Vijayan’s rejection of the demand for a CBI inquiry was also due to pressure from the District Committee of CPI(M) party.

After the Single Bench allowed the Plea and directed a CBI inquiry into the death of Shuhaib, the Division Bench set aside the same upon an appeal filed by the State Government.

The Bench comprising of Chief Justice Hrishikesh Roy and Justice A. K. Jayasankaran Nambiar observed that, “There was hardly any material available before the writ court that could have led it to assume that the investigation was inherently unfair or biased in any manner.”

The Judgement authored by Justice Jayasankaran Nambiar said that, “As is evident from a perusal of the note submitted before the writ court by the State Attorney, the State police had already arrested six persons, and recovered the weapons used for the crime, within three weeks of the incident and before the case came up for consideration before the writ court. If the writ court wanted to get further details as regards the investigation carried out, it could have asked for the production of the Case Diary in Court but, for reasons that are not very clear, it chose not to do so.”

“It did not also grant any opportunity to the State Government to file a counter affidavit in response to the averments in the writ petition. In our opinion, the aforesaid omissions of the writ court, without anything more, vitiates the direction issued by it to transfer the investigation of the case to the CBI. Such a hasty direction was not warranted on the facts and circumstances of the case”

Single Judge Justice B. Kemal Pasha issued an order for CBI probe within three weeks of the crime was termed as a ‘hasty direction’ by the division Bench.

As on 7th March 2018, the division Bench noted, the State Police arrested six persons and recovered the weapons allegedly used for the crime. 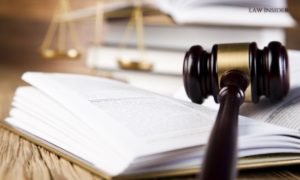