Various degrees of murder in the US explained

Former Minneapolis police officer Derek Chauvin was arrested and charged with third-degree murder and second-degree manslaughter of George Floyd, a black man who died after Chauvin pinned his neck with his knee for eight minutes and 46 seconds. He was earlier suspended along with three other officers who accompanied him in this brutal act of murder.

Chauvin and his fellow officers were detaining Floyd on suspicion of using a counterfeit $20 bill on Monday, May 25. Viral videos from the scene show Chauvin knelt with his knee on Floyd’s neck for nearly 9 minutes while Floyd repeatedly tells the police officer that he can’t breathe. Following this, protests broke out in almost all US states demanding justice for Floyd.

Floyd’s death sparked widespread outrage and protests across America and the world. There have been demonstrations protesting Floyd’s death as well as racial injustice and police brutality, across the US. While most protests have been peaceful, there were a few lootings and vandalism overnight, and clashes between police and protesters were more frequent and curfews have been imposed in several cities.

In recent news, the charge against Derek Chauvin has been elevated to second-degree murder. The other three officers, Thomas Lane, J. Alexander Kueng, and Tou Thao, previously uncharged, face charges of aiding and abetting second-degree manslaughter.

Now, what do these charges mean?

In the United States, the law for murder varies by jurisdiction. In most US jurisdictions there is a hierarchy of acts, known collectively as homicide, of which first-degree murder and felony murder are the most serious, followed by second-degree murder, followed by voluntary manslaughter and involuntary manslaughter which are not as serious and ending finally in justifiable homicide, which is not a crime.

Murder is a homicide committed with “malice aforethought.”

That doesn’t mean it is a malicious killing. Malice aforethought is the common law way of saying that it is an unjustified killing.

And, for a killing to be a murder, there typically has to be either an intent to kill, or, at minimum, conduct so reckless that it is punishable as murder.

First-degree murder: Any intentional murder that is willful and premeditated with malice aforethought. Felony murder, a charge that may be filed against a defendant who is involved in a dangerous crime where a death results from the crime, is typically first-degree.

Someone found guilty faces a death penalty or life imprisonment without parole.

Second-degree murder: According to the Minnesota statute, whoever causes the death of a human being, without intent to effect the death of any person, while committing or attempting to commit a felony offense other than criminal sexual conduct in the first or second degree with force or violence or a drive-by shooting” is guilty of murder in the second degree.

Someone found guilty faces a prison sentence of no more than 40 years.

Third-degree murder: According to the Minnesota statute, whoever causes the death of a person “by perpetrating an act eminently dangerous to others and evincing a depraved mind, without regard for human life, is guilty of murder in the third degree.”

Manslaughter: It is typically treated as a much less severe crime than murder. It can be broken up into degrees or categorized as voluntary and involuntary manslaughter.

Voluntary manslaughter is the killing of another person under extreme provocation or while under the heat of passion. Typically, it does not require an intent to kill, but rather than the intent to do something else.

Felony manslaughter occurs when a person participates in a crime that isn’t listed in the felony murder statute (which usually includes the most dangerous kinds of felonies), but somehow someone dies during the crime.

Involuntary manslaughter usually involves acts of negligence or recklessness that lead to another person’s death.

Second-degree manslaughter: According to the Minnesota statute, when someone “creates an unreasonable risk, and consciously takes chances of causing death or great bodily harm to another” is guilty of manslaughter in the second degree.

Aiding and Abetting: According to Minnesota law, aiding and abetting is defined as a “person is criminally liable for a crime committed by another if the person intentionally aids, advises, hires, counsels, or conspires with or otherwise procures the other to commit the crime.”

Someone found guilty faces a prison sentence of up to 40 years. 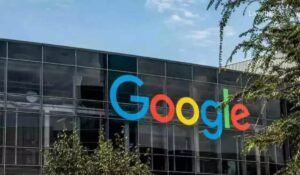 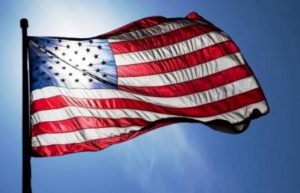 US to send Law Enforcement delegation to Cuba 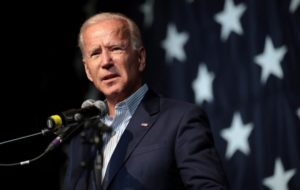