The main reason this bill has attracted controversy is because the bill is seen as a dilution of the 2018 judgment of the Supreme Court in the case of Government of NCT of Delhi v. Union of India[2]. This article aims to highlight the key points enumerated in the bill and the judgment of Supreme Court. Amendments have been made to section 21, 24. 33 and 44. The proposed bill has also given the statement of objects and reasons.

POINTS FROM THE PROPOSED BILL IN LOK SABHA

‘(3) The expression “Government” referred to in any law to be made by the Legislative Assembly shall mean the Lieutenant Governor.’

(b) In the proviso, for the words “Provided that”, the following shall be substituted, namely:—

“Provided that the Legislative Assembly shall not make any rule to enable itself or its Committees to consider the matters of day-to-day administration of the Capital or conduct inquiries in relation to the administrative decisions, and any of the rule made in contravention of this proviso, before the commencement of the Government of National Capital Territory of Delhi (Amendment) Act, 2021, shall be void.

This ensures that the LG is necessarily granted an opportunity to give his opinion before the decision undertaken by the council of ministers.

As stated in the statement of objects and reasons section 44 of the Act deals with conduct of business and there is no structural mechanism provided in the Act for effective time bound implementation of said section. Further, there is no clarity as to what proposal or matters are required to be submitted to Lieutenant Governor before issuing order thereon.

SPECIAL STATUS OF DELHI – GOVERNMENT OF NCT OF DELHI V. UNION OF INDIA[4]

STATUS OF DELHI UNDER THE CONSTITUTION

LT. GOVERNOR TO ACT ON ‘AID AND ADVICE’ OF THE COUNCIL OF MINISTERS

It was held that there the executive power of Delhi government is coextensive with the legislative powers of the Delhi Assembly. Deducting from this, it was stated that LG is bound by ‘aid and advice’ of the council of ministers in matters where the delhi assembly has the power to make laws. Justice Dipak Misra was seen to cite the principles of ‘Collective Responsibility’ and ‘Co-Operative Federalism’. It was held by Justice Bhushan held that in the case of Delhi the LG is bound by the aid and advice of the Council of Ministers.

LT. GOVERNOR CANNOT REFER ‘EVERY’ MATTER TO THE PRESIDENT

The court observed that even though the proviso to Article 239AA(4) allows the LG to reserve “any matter” for consideration of the President where the LG has a difference of opinion with the Council of Ministers, the term “any matter” could not mean every matter. It was held that such power can be exercised only in exceptional circumstances where there is a genuine difference of opinion with the council of ministers. Justice Chandrachud also added that this should be done by the LG when the matters pertain to “vital national interest”. Furthermore it should be exercised as a last resort after due consultations with the concerned minister.

It was also held that the LG’s concurrence is not required on issues other than police, public order and land. The Court has observed that in a democracy, real power must vest in the elected representatives and Lt. Governor cannot interfere in every decision of the Delhi Government.

THE MATTER OF SEPERATION OF POWERS REFERRED IN THE JUDGMENT

Time and again history has proved that accumulative power in hands of one person is dangerous and can lead to curtailing of powers of others. The doctrine of separation of power in a democracy has been inserted to prevent this abuse and accumulation of power in one hand which in-turn protects freedom for all.

In the 2018 Judgment the court is seen to make reference to the ideas of Montesquieu which stresses on the system of checks and balances and separation of powers. The constitutional form of government ensures power distribution among all the three organs of the state. The courts have recognized these principles of Montesquieu which are inherent in our constitutional scheme.

Democracy has been held, by a Constitution Bench of the Supreme Court in Kihoto Hollohan v Zachillhu 1992 SCR (1) 686, to be a part of the basic structure of our Constitution. The insertion of Article 239AA by the exercise of the constituent power is an instance of an amendment elevating a democratic form of governance to a constitutional status for the National Capital Territory. 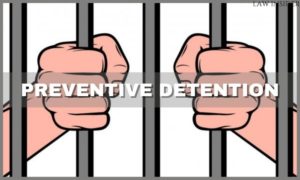 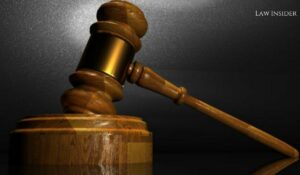