The International Court of Justice (ICJ) judgement in Kulbhushan Sudhir Jadhav case was announced on July 17, 2019 which prompted the two parties—India and Pakistan—to go public about their reaction. 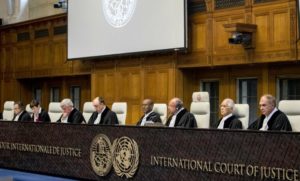 The Ministry of External Affairs (MEA) statement welcomed and termed it a “landmark judgement” in its favour and one that validated the Indian position on the issue.

On July 18, 2019 Indian External Affairs Minister S. Jaishankar apprised Parliament about the outcome of the Jadhav Case. He said that the Court had found Pakistan guilty of not respecting Vienna Convention on Consular Relations and ordered it to give consular access to India and review and reconsider the conviction as well as the sentence of Jadhav in an effective manner.

In contrast, Pakistan’s Ministry of Foreign Affairs stated that International Court of Justice (ICJ) did not accept the Indian pray of acquitting/releasing Kulbhushan Jadhav. It accused Kulbhushan Jadhav of entering Pakistan without a visa on an authentic Indian passport as well as being involved in terror related activities and concluded by saying that it was a clear case of Indian state terrorism.

Pakistani Prime Minister Imran Khan appreciated the ICJ decision “not to acquit, release and return” Kulbhushan Jadhav. For him the review and reconsideration of the case within Pakistan, as ordered by the ICJ, is a validation of Pakistani judicial system.

Facts of the case

Jadhav was arrested by Pakistan on 3 March 2016 on the suspicion that he was a spy sent by India to conduct subversive activities in Pakistan. India was informed of Jadhav’s arrest on 25 March 2016 after an inexplicable 22-day delay. India claimed that Jadhav, who was carrying on a business in Iran post-retirement, was abducted and tried on false and fabricated charges of terrorism and espionage.

Consequently, India made repeated requests for consular access to Jadhav, so as to visit him and arrange for his legal representation. This was not only denied by Pakistan, but was also made conditional upon receiving India’s assistance for investigation against Jadhav.

Eventually, Jadhav was sentenced to death by Pakistan’s military court on grounds of espionage and terrorism on 10 April 2017.

India filed a case before the ICJ on 8 May 2017 accusing Pakistan of egregious violations of the VCCR. On 18 May 2017, the ICJ indicated provisional measures and ordered Pakistan to ensure that Jadhav was not executed, pending a final judgment by the court.

The judgment can be broken down in a few keypoints:

At the outset, Pakistan had said that the ICJ had no jurisdiction over the case. Pakistan raised three categorical objections against the admissibility of India’s application. These objections were in respect to India’s alleged abuse of process, alleged abuse of rights, and alleged unlawful conduct.

Regarding the first objection (alleged abuse of process), Pakistan argued that India ignored the constitutional right to lodge a clemency petition within a period of 150 days after Jadhav’s sentence.

India did not consider using “other dispute settlement mechanisms envisaged in Articles II and II of the Optional Protocol.” The second objection pertained to alleged abuse of rights against which Pakistan raised three main arguments:

The third objection was related to India’s alleged unlawful conduct for which Pakistan invoked the doctrine of “clean hands” and principles of “ex turpi causa non oritur action.” The Court examined these objections one by one and in the end rejected all and declared India’s application to be admissible.

After rejecting Pakistan’s objections to the admissibility of India’s application and then ruling out any exception, the Court took up the question whether Pakistan violated Article 36 or not. Article 36 of VCCR states that, any country whose national has been arrested or detained by a host country has the right to have consular access with its detained national. The duties of the host country detaining a national of another country consists of:

It is important to note the Pakistan had shown that Jadhav was arrested on March 3, 2016 and notified India about it after three weeks, i.e. on March 25, 2016. Article 36 requires notification in such cases “without delay”, however, the Court mentions that “without delay” is to be understood as “immediately upon arrest and before interrogation.” Thus, the Court also found Pakistan in breach of its obligation to inform “without delay” as required under Article 36.

The Court also took up the issue of Pakistan not providing consular access despite several requests by India in this respect. India had made at least 10 such requests since March 25, 2016. In a Note Verbale on March 21, 2017, Pakistan stated that, “the case for the consular access to the Indian national… shall be considered, in the light of Indian side’s response to Pakistan’s request for assistance in investigation process and early dispensation of justice.”15 This was an attempt by Pakistan to make consular access conditional.

The Court was of the view that India’s failure to cooperate with Pakistan in the investigation process does not justify Pakistan’s denial of consular access. The Court categorically stated that a State cannot condition the fulfilment of its obligation under Article 36 and concluded that Pakistan had breached the obligation incumbent on it under Article 36, paragraph 1 (a), (b), and (c) of the Vienna Convention.

Having established that Pakistan breached Article 36 of the Vienna Convention, it would be pertinent to underline the relief sought by India from the ICJ. In the first place, Harish Salve representing India  had requested the Court to adjudge and declare that Pakistan acted in egregious breach of Article 36. 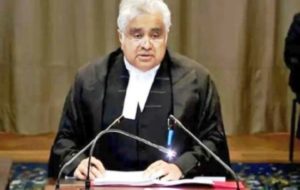 India requested the Court to declare:

India also made an alternate request that in case the Court did not order Jadhav’s release, it annul the decision of military court or direct Pakistan to take steps to annul the decision. In addition, India requested ICJ to direct a trial before civilian courts (excluding Jadhav’s confession) with full consular access to India.

Pakistan contended that the relief sought by India could only be granted by an appellate criminal court and maintained that restitution to the status quo ante was not an appropriate remedy. Pakistan stated that the appropriate remedy would be, at most, effective review and reconsideration of the conviction and sentence. Pakistan also argued that judicial review and clemency procedures were already available to Jadhav. Besides, Pakistan added that the conduct of India and Jadhav must be taken into account in any consideration of relief.

The VCCR, the treaty subject to dispute here, was adopted with the aim to facilitate consular functions relating to nationals of respective countries. Article 36 of the VCCR defines the rights of consular officials when a national of their country is in prison, custody or detention. It includes:

The ICJ held that Pakistan was in clear violation of the rights and obligations described above. Pakistan,

firstly, did not inform Jadhav of his rights to consular access under the VCCR.

Secondly, the 22-day delay in informing India of Jadhav’s arrest was regarded as “undue delay,” given that his Indian nationality was established by Pakistan early on.

Thirdly, despite repeated requests from India, it wrongfully denied consular access and even went so far as to condition it on India’s assistance on Jadhav’s investigation. Such a pre-condition is not only legally tenable, but also appears to be designed to coerce India to indirectly accept Jadhav’s “guilt” by agreeing to assist Pakistan with the investigation.

The ICJ held that Pakistan was in clear violation of the rights and obligations.

Pakistan had challenged the applicability of the VCCR to this case by arguing that, firstly, it does not apply to suspected cases of espionage and terrorism, and secondly, a 2008 bilateral agreement between the two countries modified the application of VCCR to sensitive (political and security) cases.

The ICJ rejected these, because no such exception or modification is envisaged under the VCCR. It further emphasised that recognising espionage or terrorism as an exception will make it convenient for countries to forego their obligations under the VCCR in controversial cases.

The ICJ declared that India is entitled to “restitutio in integrum,” an action which aims to restore a complaining party to the position it would have been in, had no right been violated. By way of remedy, the court ordered that Pakistan should give “effective review and reconsideration” to Jadhav’s conviction and sentence by “means of its own choosing.”

In this regard, Pakistan must recognise that the right to a fair trial is “absolute” and “cannot be taken away” in this case. Additionally, it needs to give consular access to Jadhav, and fully examine the consequences of the Article 36 violation and any prejudice that has arisen due to it.

However, none of the other remedies sought by India were allowed by the court. The ICJ did not annul the death sentence handed out by Pakistan’s military court, and did not order the release of Jadhav to India. This is understandable; given that the ICJ does not function as a criminal appellate court over domestic cases, granting these remedies would have been entirely outside the ICJ’s jurisdiction.

On legal grounds as analysed above, the case is a clear victory for India. However, given that the ICJ can only provide limited remedies for relief, the question of Kulbushan Jadhav’s detention and his pending death sentence remains uncertain at best.