The Dalai Lamas are considered as the successors who are believed to be the incarnations of Avalokitesvara who represent Buddhist values and traditions. Since the 17th century, his dignitary has been considered as a symbol of unification.

The Dalai Lama has always been considered as an important figure for figure bringing Buddhist teachings to the international community and has political dominance over Central Tibet whereas his religious authority went beyond the boundaries.

The Dalai Lama is part of the largest and most influential tradition which is the Geluk tradition of Tibetan Buddhism.

There have been 14 Dalai Lama till now and they believe that the Dalai Lama is the reincarnation of the previous one who was born again to complete their work.

The successors of the Dalai Lama who are considered as the reincarnation of the previous Lama are as follows:-

The 14th and current Dalai Lama is Tenzin Gyatso who was selected as a reincarnation of the 13th Dalai Lama at the delicate age of 15. He currently lives as a refugee in India. He is the highest spiritual leader of Tibet and retired as a political leader in 2011 for an egalitarian government.

The current Dalai Lama is 81 years old, unlike previous lamas who have died at a young age. He believes that he would be the last Dalai Lama as he does not believe in reincarnation.

Dalai Lama has been the only spiritual leader who has fought for the autonomy of Tibet and has been following the traditional function of holding contrasting religions and discordant regional groups together.

Since he has been in the authoritative position, he focused on the areas of women’s rights, sexuality, economic stability, environment, peace, physics, Buddhism, science, health, etc.

Ganden Phodrang (the Government formed by the 5th Dalai Lama) invested the current Dalai Lama with temporal duties until his exile in 1959. On April 29, 1959, during his exile, he established the Central Tibetan Administration (CTA) in Mussoorie which then shifted to Dharamsala in 1960 where he currently resides.

In the exiled community he worked to overpower divisions and became the symbol of Tibetan nationhood for Tibetans both in Tibet and in exile. He was even awarded the Nobel Peace Prize in 1989 and US Congressional Gold Medal in 2006.

How are Dalai Lamas selected?

It is important to know that Dalai Lama is ‘not chosen’ but ‘found’ and thus could take several years. According to the Tibetan faiths and traditions, it is considered that Dalai Lama chooses the body he wishes to continue his work with.

However, it would be marked as a significant retreat as it is for the first time that the 15th Dalai Lama would be chosen when the 14th one is still alive.

According to the current Dalai Lama, the process of finding the new Lama would start soon after he would turn 90. In his 2011 statement, the 14th Dalai Lama had clearly said that:

“Bear in mind, apart from the reincarnation recognized through such legitimate methods, no recognition or acceptance should be given to a candidate chosen for political ends by anyone, including those in the People’s Republic of China.”

The responsibility of finding the new Dalai Lama is upon the Lamas of Geluk tradition (monastic disciples) with the coordination of Tibetan Government based on spiritual signs and perception.

According to the scholars, the complicated and long process of finding a new Dalai Lama include prayers and tantric rituals in the Buddhist religious community asking for his reincarnation, however, the current Dalai Lama had not yet specified the nature of the ceremonies that would be held to choose his successor.

According to research, there could be three ways in which High Lamas would locate the new Dalai Lama. The first one is through a dream or a vision when one of the High Lamas has a dream about a location or a place where they would find a new Dalai Lama.

The last way is the holy lake where they wait for a vision or indication of the direction to search.

Soon after the boy who is believed to be the reincarnation of the previous one is found; they conduct a series of tests to ensure that he is the rebirth. The child is assessed through a secret set of criteria. He is asked to select the items which belonged to the previous Dalai Lama.

After it is confirmed that he is the reincarnation of the previous one, he is asked to study the Buddhist sutra to relearn the knowledge that he acquired in previous lives to prepare for spiritual leadership.[1]

How the 14th Dalai Lama was chosen?

According to the current Dalai Lama’s memoir, he was 2 years old when the monks and high Lamas came to his village following the vision and smoke when the 13th Dalai Lama was cremated.

They conducted the tests and he was asked to choose the objects of the previous Dalai Lama. He identified all the items including a drum used for rituals and a walking stick. After the series of tests, they were convinced that they had found the 14th Dalai Lama and did not show him to the villagers, to prevent any manipulation of the process.

At the age of four, he was taken to Lhasa, the capital of Tibet, where he ceremonially conferred the spiritual leadership of the Tibetan people.[2]

At the tender age of 15, Tenzin Gyatso became the divine head of Tibet. He took the powers and responsibilities and became the political leader of the state. Since 1951, Tibet has been occupied and ruled by the Chinese People’s Liberation Army and this all started with the Chinese communist’s invasion over Eastern Tibet to impose Chinese ideology and practices on them.

After China’s aggression Dalai Lama was in authority of 6 million people with the possibility of a full-fledged war.

He tried to persuade other countries to intervene on behalf of Tibet, however, it failed miserably. The delegation was then sent to Beijing which resulted in surrendering Tibet to China’s rule due to the “Seventeen Point Agreement for the Peaceful Liberation of Tibet” signed by the force.

It was in 1959 when people were facing brutality and there was a threat to their lives. Due to the fear of assassination and brutality till death, the Dalai Lama along with thousands of followers left their homes and fled to Arunachal Pradesh, India. U.S. intelligence agents helped Tenzin Gyatso to escape from Tibet before the Chinese security forces would capture them.

In India, he met India’s former Prime Minister where he requested him to seek asylum. It was Jawaharlal Nehru, the first Prime Minister of independent India who showed his interest and came to the rescue of the Tibetan people.

Jawaharlal Nehru with the assistance of the Ministry of Education made arrangements for Tibetan education for the refugee’s children. During his speech in the parliament, he even said that “the Tibetan god-king, regarded by his people as the living incarnation of Buddha, was quite healthy and would receive respectful treatment.”

The Indian Government bore all the expenses for the education of the Tibetan children and instituting schools for them. Since 1959, Dalai Lama has been living in India and became the spiritual head of the state and supported his followers throughout.

Why is China intervening in choosing the next Dalai Lama?

Dalai Lama is a dominant position as a spiritual and political leader. The Dalai Lama’s succession today is not just a religious issue, but also a political one.

The process of finding the next Dalai Lama involves a religious set of practices and the whole reincarnation beliefs of the Tibetan people.

The Chinese Government on the other hand has always called him a “traitor”, “a wolf in monk’s robes” engaged in “anti-China separatist activities under the cloak of religion with the aim of breaking Tibet away from China.”

Geng Shuang (China’s foreign ministry) even said that the “reincarnation of living Buddhas including the Dalai Lama must comply with Chinese laws and regulations and follow religious rituals and historical conventions.”

In 2011, they even declared that only the Beijing Government would choose the next Dalai Lama through the drawing of lots from the ‘golden urn’ in Lhasa and no successor of the spiritual leader would be recognized thus minifying the scope of the current Dalai Lama choosing his successor himself.

They have also mentioned the authorization passed by the Qing dynasty of China between 1644 and 1911 that states the approval of China is mandatory for choosing the next Dalai Lama.

China has always contended of having no intervention from any international country like India or otherwise would jolt their bilateral ties, however; the current Dalai Lama has always refused this insistence.

“The Dalai Lama’s reincarnation is not decided by his personal wish or by some group of people living in other countries,” Wang Neng Sheng, an official from China’s elected Government in Tibet said. They added that:

“Since the reincarnation of the Dalai Lama is an important issue for China any friendly country or friend of China would not interfere or meddle on the issue“. [3]

On the other hand, it has also been sensibly said by the President-elect in the Central Tibetan Administration that the Chinese Government should not have any right in selecting the next Dalai Lama as it is the spiritual process that involves reincarnation theory which is religious and China does not believe in religion or having a successor of a spiritual leader through a particular Tibetan Buddhists process which is a religious matter.

Last year, even the US reiterated their stand over the Dalai Lama’s authority to choose his reincarnation. The Biden administration while maintaining Trump’s policy for not supporting China’s intervention in selecting the next Dalai Lama said:

“We believe that the Chinese Government should have no role in the succession process of the Dalai Lama,” they even added that “the reincarnation of the Dalai Lama is entirely a spiritual matter for the people of Tibet.”

Dalai Lama is a significant and persuasive position that is not just related to religion but politics as well. Being at the Dalai Lama’s position involves obligations, responsibilities, and powers for the people of the state.

It is a religious and spiritual practice that is done by the high Lamas and monks with rituals and prayers.

Since 1959, China has invaded Tibet and exercised excess brutality on the Tibetan people. The fear of assassination by the Chinese communists led Dalai Lama along with Tibetan people escaping from Tibet and with the help of US intelligence they reached India.

They lived as refugees in India as the former Prime Minister Jawaharlal Nehru helped them providing asylum in India and incurred expenses over them. It was since then Dalai Lama had been living in India.

China has always been in the position to acquire Tibet. Chinese Government to establish its own Dalai Lama to serve as its puppet in Tibet has now insisted on choosing the next Dalai Lama.

They even said that without their approval there would be no Dalai Lama and would not accept any intervention of other foreign countries as it would destroy their bilateral ties.

However, Dalai Lama said not to trust the Chinese Government after his death. 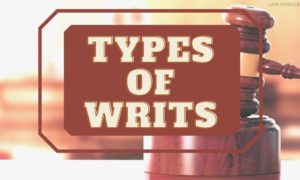