There was a significant impact due to COVID-19 pandemic on the aviation industry. Travel restrictions were enforced by all the countries. There was a massive impact on the Indian aviation industry in 2020, most of the airlines faced huge losses and had a challenging time in laying off their employees or sending them on unpaid leaves or even had to cut down their salaries.

When the coronavirus started spreading across the country the scheduled international as well as domestic passenger flights were suspended for over a period of 2 months from March to May.

However, domestic flights were initially started in a limited manner from May 25. As most of the scheduled flights were cancelled in the month of March April as well as half of May, the airline companies faced huge losses in compensating their passengers.

Another major airline company Jet Airways went bankrupt and as a result the airline was shut down. The slots and rights of Jet Airways were temporarily given to the other Indian carriers on orders of the Government with the intention that the supply gap can be filled with new flights.

The Government made various regulations for the airlines to refund the fares for the flights cancelled because of the COVID-19 pandemic. But the airlines found an alternative, and in many cases the airlines offered vouchers or travel credits as compensation.

A flight cancellation occurs when the airline does not operate the flight due to a certain reason. Thus, if an airline fails to inform the passenger about the cancellation of a flight within the certain period i.e., minimum 2 weeks in advance the airlines in such a case must compensate the passenger.

The compensation amount depends on the travel provider regarding whether it is the airline itself or an online travel agent.

As per the guidelines by the Directorate General of Civil Aviation (DGCA), a compensation of Rs. 5000 or a one-way booked ticket, whichever is lesser in case if the flight has a block time of up to and including one hour.

A compensation of Rs. 7500 or a one-way book ticket whichever is lesser in case if the flight has a block time of more than one hour end up to and including two hours.

A compensation of Rs. 10,000 or a one-way book ticket whichever is lesser in case if the flight has a block time of more than two hours.

However, the compensation policies vary from airline to airline as well as the travel agencies also take a processing fee regarding the booking procedures. Thus, it is necessary to check the airline or the travel agency policies before booking an airline ticket.

A huge number of flights have been cancelled due to the ongoing COVID-19 pandemic and the passengers have waited for a very long time for their compensation in exchange of the tickets booked.

Before the Covid-19 crisis, passengers booked their flight tickets well in advance and absolutely did not have an idea about the lockdown enforced by the Government. Where some of the passengers did get their refund back, a few of them got cash vouchers or online credits instead of a refund by their respective airline company.

Various policies were made for the travellers to get their compensation. A compensation can be claimed by taking up the matter with the nodal officer of the respective airline. While filing for a claim all the documents must be uploaded which are required by the airline in order to avoid any complications in the compensation process.

This process is however lengthy but is necessary in order to claim compensation as the compensation to be paid to the passengers is in a drastic number. The airlines to avoid any kind of fraud have does made the procedure detailed but crystal clear.

The refund period is varying anywhere between 7 days to 30 days depending upon the respective airlines.

But due to the COVID-19 pandemic the refund period can even extend, and the passengers are made aware about the same because the number of people waiting for their compensation is in thousands or even in lakhs.

Reasons for cancellation of flights

The topmost reason in today’s time for cancellation of flights is the ongoing COVID-19 pandemic. The reason for this is to prevent the spread of virus that can be transmitted from one passenger to another. In a particular flight passengers sit very close to each other, and this virus can be transmitted to the fellow passenger easily.

However, there are many other reasons due to which the flights are cancelled, they are as follows:

In October 2020, a Writ petition was filed by the Air Passengers Association[2].

If any of the airlines are in financial distress, then the respective airline must provide for a travel credit to the Flyers that can be redeemed until 31st March 2021. The court further added that this order will be applicable for both domestic and international flight tickets booked during the lockdown.

This judgment was passed by the Supreme Court after a Writ petition was filed by Air Passengers Association of India regarding full refund on tickets for Domestic and International flights cancelled during the lockdown period due to coronavirus.

Guidelines by the Directorate General of Civil Aviation (DGCA)

The DGCA issued guidelines for refund of fares for the flights cancelled due to the COVID-19 pandemic. According to these guidelines the refund seekers were categorised into 3 specific categories.

These guidelines were issued after the Supreme Court passed its judgment on this matter.

The first category consists of the passengers who booked their flight tickets during the lockdown for travel from 25th March to 24th May 2020. The DGCA said that if an airline has received payment from a passenger who has booked the ticket himself or through a travel agent in this stipulated time, then a full refund shall be initiated without any cancellation charges.

The second category is of the passengers who have booked their flight tickets prior to the lockdown for journey up to 24th May 2020 and such a flight has been cancelled due to the COVID-19 pandemic, then the airline shall provide the refund or provide a credit shell to the passenger equivalent to the amount of fare collected.

This credit shell can also be transferable and should be utilised by 31st March 2021.

The 3rd category comprises of the passengers who have booked their flight ticket anytime for travel after May 24, 2020. Under this category normal refund rules as per the Civil Aviation requirement (rules) of DGCA will be applicable.

The DGCA also issued an order to all Indian and foreign airlines that all the stakeholders are instructed to ensure strict compliance off the directions it should by the Supreme Court.

Landmark Judgements where compensation was awarded

Amid the ongoing pandemic, the government had previously suspended all the flights whether national or international and thus a lot of people who booked their flights well in advance suffered losses. The airline companies were ordered to provide compensation to the passengers but only one fourth amount of it was refunded.

After the Supreme Court’s Judgment and the guidelines issued by the DGCA a little relief was provided but still the Government needs to take some drastic steps in order to compensate the people of the country. It is unjust to provide Rs.10,000 compensation for a ticket booked worth Rs. 40,000. 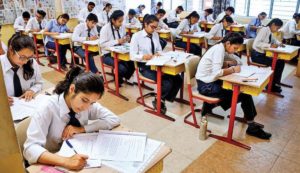 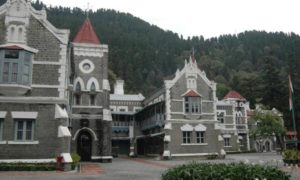 Uttarakhand High Court to State Govt: ‘Stop fooling us, we know the reality’