ISRO (Indian Space Research Organization) is a space exploration organization for the Government of India. It was built in 1969 in the form of developing space technology in developing the country. The ISRO has replaced its predecessor, INCOSPAR (Indian National Committee for Space Research), by India’s first Prime Minister Pt. Jawaharlal Nehru and scientist Vikram Sarabhai in 1962 , considered the founders of India’s space program.

How does a country reward its best scientists with award and honour right? on October 30, 1994, S. Nambi Narayanan, who was director of the Cryogenic Project lab of the Indian Space Research Organisation (ISRO), along with another scientist and two Maldivian women, i.e., Mariam and Rashida, were unnecessarily arrested and harassed by the Kerala police for selling classified information on India’s cryogenic engine programme to Russia and Pakistan.

The objective of this article is based on the ISRO SPY Case in which an innocent scientist, Nambi Narayanan was unnecessarily convicted and harassed by the Kerala police, which affected his reputation and dignity.

What is ISRO and its history?

The Indian Space Research Organization (ISRO) is a network of institutions across the country. The space station is located in Ahmedabad, which creates sensors and charging loads. On April 19, 1975, the first ISRO satellite, Aryabhata, was launched by the Soviet Union. Rohini was the first Indian satellite to be installed on the road by an Indian-made launch car. ISRO plans to invest astronauts into orbit by 2021.

Several space systems have been launched by ISRO for communications, television, broadcasting, meteorology, and disaster warning. It also includes the Indian National Satellite (INSAT) for monitoring and management resources.

What is the ISRO Espionage case?

On October 30, 1994, one early morning, at the Trivandrum house, three Kerala policemen arrived to arrest and harass S. Nambi Narayanan, who was director of the cryogenic project lab of the Indian Space Research Organisation (ISRO) and had played a key role in launching the Indian PSLV Rocket.

When the investigation began, S. Nambi Narayanan came to know that he had been arrested unnecessarily for selling classified information on India’s cryogenic engine programme to Russia and Pakistan. which he was not supposed to do. When S Nambi Narayanan refused to confess his crime, he was promptly sentenced to judicial custody for 11 days by the court. Within hours, those facts were printed in a newspaper describing him as a traitor.

The storey starts 10 days before Nambi’s arrest, when two Maldivian women, i.e., Mariam and Rashida, were arrested as spies by the Kerala police. Supposedly in her possession were secret images of ISRO’s rocket engines.

Based on her alleged confession, another Maldivian woman, Fauzia Hussan, was also arrested along with Chandrasekharan, the Indian agent for the Russian space agency, and another ISRO scientist, D. Sasikumaran, who was posted in Ahmedabad.

On 24 to 26 January 1994, five accused were met at the hotel by ISI’s Colombo-based Maldivian agent, Zuherhia. Their briefcases were exchanged, which were full of cash and documents.

Nambi’s dignity and his reputation had been turned into shards every day by both the police and the media. He was charged with violating India’s Official Secrets Act and was alleged to be a key member of the spy ring. His daughter and wife could not believe what he said about the above-alleged allegation. During interrogation by the IB and Kerala police, he was forced to answer the question within 30 hours of how A.E Muthunayagam was involved in this.

When he refused to confess that he and A.E Muthunayagam were not involved in anything, he was beaten up until he collapsed and needed to be hospitalised, and even the results of the lie-detector tests would not have been admissible as evidence in Indian courts. They made him take lie-detector tests multiple times as semblance evidence to prove the alleged allegation against him, but they failed to prove it.

When the CBI took over the investigation from the Kerela intelligence bureau a month after his arrest, the case unravelled.

Following that, when ISRO began developing the technology side by side, G7 restrictions were imposed to prevent the unnamed delivery systems from delivering nuclear weapons. Therefore, India has made the project transparent deliberately so as to not face sanctions from this powerful group, themselves widely disturbing the designs of Vikas engines to its contractor. So, accusing S. Nambi Narayana of selling a secret was stupid.

Secondly, India’s efforts to get cryogenic engines from Boris Yeltsin’s Soviet Union had collapsed under US pressure.[i]

ISRO Espionage Case: What the Court laid down in 2018?

In 2018, Supreme Court laid down that scientist Nambi Narayanan was unnecessarily arrested and harassed by the Kerela Police and asked the Kerala government to pay him Rs. 50 Lakhs as a compensation for undergoing “immense humiliation”.

What did Narayanan say?

S. Nambi Narayanan said that the case was ‘fabricated’ by the Kerala police. He also claimed that he was Accused of stealing technology, which even did not exist at the time.[ii]

ISRO ‘fake’ Espionage Case. In 2018, the Supreme Court ordered the CBI to investigate Justice D.K. Jain committee’s findings on what punishment should be taken against who implicated the Accused space scientist Nambi Narayanan of the Espionage SPY Case in 1994.

Representing a dark, but short chapter on police investigative records in the country, the case was based on baseless allegations that resulted in the arrest of two Maldivian women. Kerala police arrested Mr Narayanan on suspicion of being one of those who shared official secrets regarding the deployment and technology of space to outside staff. After two years of investigation, the CBI recommended that the case be closed after their investigation.

After considering the facts the Supreme Court ruled that Scientist Nambi Narayanan was unduly arrested and harassed by the Kerela Police and ordered the Kerala government to pay him Rs. 50 lakhs as compensation for his “immense humiliation” as a result of the claimed charge.

It was shown in this case that Article 21 of the Indian Constitution was violated. Mr. Narayanan was deprived of his personal life because his dignity and reputation had been shattered as a traitor and SPY by both the police and the media.

According to the Article 21 of the Indian Constitution, no one shall be deprived of their life and personal liberty and thus the Apex Court has taken the appropriate decision to compensate Mr. Nambi Narayanan with Rs. 50 Lakhs.

This article is written by Samanta Rao, a student studying in her final year pursuing BBA LLB from the Center for Legal Studies – Gitarattan International Business School, GGSIPU, New Delhi. The author is an ambitious, confident and hard-working law student. She is very passionate about work. She is highly innovative with a keen interest in writing articles and analyzing judgements. 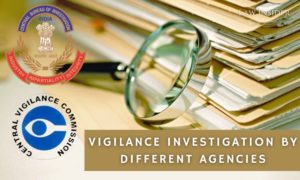 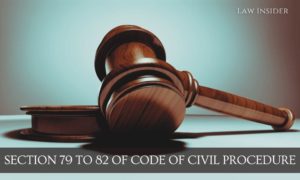 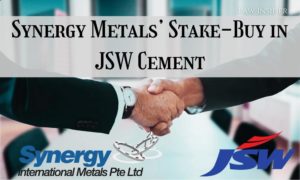