Taxation’s most fundamental role is to fund government spending. Throughout history, several justifications and explanations for taxes have been provided. The proceeds from early taxes were used to sustain the ruling elite, recruit armies, and construct defences. The power to tax was frequently derived from divine or supranational powers.

Utilitarian, economic, and moral explanations have all been advanced in the past. Taxing high-income individuals more progressively encourages a more egalitarian society, according to proponents.

Increased taxes on certain items and services, such as cigarettes and gasoline, have been justified as a consumption deterrent. Taxes, according to proponents of the public goods theory, may be essential in circumstances when private supply of public goods is deemed sub-optimal, such as lighthouses or national defence.[i]

Tax evasion is the use of deceptive practises such as under-reporting taxable income or exaggerating expenses to reduce one’s tax burden. It’s not a legal attempt to lower one’s tax bill. The goal of tax evasion is to display less profits in order to avoid paying taxes. Making false claims, concealing key papers, failing to keep accurate records of transactions, concealing revenue, overstating tax credits, or presenting personal costs as business expenses are all examples of unlawful acts. Tax evasion is a felony for which the assessed may face legal consequences.[ii]

The present article specifically deals with tax evasion by companies and the consequences of such evasion.

Taxation and its Types

Taxation occurs when a taxing agency, usually a government, assesses or imposes a financial obligation on its citizens or residents. It’s frequently referred to as an act, and the income it generates is usually referred to as “taxes.”

Direct taxes and indirect taxes are the two types of taxes that exist in India. When it comes to direct taxes, they are charged on the earnings of various sorts of corporate organisations over the course of a fiscal year. A taxpayer who is both an individual and a corporation is not taxed at the same rate. Corporate income tax is a type of income taxpaid by both local and international corporations on their earnings in India (CIT). The CIT is set at a certain rate set by the income tax statute, which is subject to annual rate adjustments in the union budget.

A corporate entity, often known as a corporation, is a legal body that is regarded to have specific rights and responsibilities and hence has its own legal identity apart from that of its stockholders.

Below are the corporate entities that must pay tax in India:

Distinction is significant between Domestic Corporations and Foreign Corporations (defined below) because local firms in India are taxed on their total income, but international corporations are only taxed on the money generated from their Indian activities.

Tax Evasion and Methods to carry out such Evasion

When certain items are transported from one area to another, whether across international or state boundaries, a tax or charge may be imposed. Some people, on the other hand, may shift these commodities in secret in order to evade paying the taxes or to avoid paying the tax entirely.

There may be a case when a particular amount of taxes is owed and the individual is unwilling to pay it. In this instance, he or she may propose a bribe to officials in order to avoid paying the tax and make it ‘disappear.’

Offshore accounts are accounts kept outside of the country where information about transactions is not given to the income tax department, allowing the owner to avoid paying any and all taxes owed on the wealth.

The taxes that an individual or an organisation must pay may be determined by the financial transactions that occurred during the assessment year. The tax may be reduced if fake financial papers or accounts books are filed, showing incomes that are less than what was actually obtained.

Impact of GST on Tax Evasion

The Goods and Services Tax (GST) was introduced into the Indian economy on July 1, 2017, to replace the several indirect taxes and levies that existed before to that date with a single tailored tax system. These measures are intended to formalise the Indian economy and eliminate the parallel sector. The Goods and Services Tax (GST) was also expected to assist boost tax revenue. According to research, the government identified nearly 20,000 crores in GST evasion between April and February 2018-19, with 10,000 crores recovered. These have the effect of reducing corporate tax outflows at the expense of government income.

The government of India periodically changes its tax regulations. It confuses taxpayers and government employees on the applicable provisions. Tax rules are complicated, and there are loopholes to evade tax in-laws: The Indian tax code is complicated. People might discover provisions to avoid paying taxes in the same statute.

The government has begun (to some extent) to integrate various tax, legal, and regulatory authorities (such as GST and Income-tax authorities, Customs authorities with other regulatory agencies involved in international trade, and so on) in order to conduct a 360-degree analysis of taxpayer risk profiles, collaborate with private sector fraud analytics experts, and so on.

Furthermore, the government should consider consolidating the “various GST rates applicable to a single product” into a single rate to prevent tax evasion through invoice splitting.

Tax evasion is a criminal offence under Chapter XXII of the Income-tax Act, 1961, and non-compliance with Income Tax laws can result in a penalty or perhaps a maximum sentence of seven-year prison can be awarded.

Following are various such consequences:

These large corporations’ tax avoidance strategies save them billions of dollars each year, but they also cost the government a lot of money and create an unfair market, because a person working for a salary or running a small business has very little knowledge or intellect for devising tax avoidance strategies and ends up paying taxes in full. Large corporations, on the other hand, continue to reduce their tax burden through tax evasion. It’s tough to establish that big multinational behemoths avoid taxes since they do so within the confines of the law.

Hence, tax fraud, noncompliance of the rules and disputes arising from the is something that happens every day in the system and there are punishments and authorities to resolve issues. In India, tax evasion is a serious felony that must be avoided at all costs. Repeated attempts to evade tax can result in severe punishments.

This article is written by Sachika Vij , a student, studying at Dr. Ram Manohar Lohiya National Law University, Lucknow. The Author is in her first year and has recently started her law school journey.  She owns a keen interest in understanding and penning down her opinions and has a special interest in getting adept at writing and blogging. 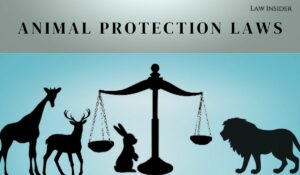 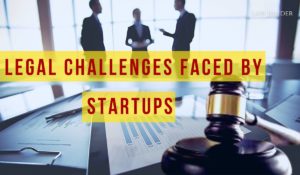