Ancient Hindu law considered marriage as a sacramental, permanent and an eternal union. According to Ancient law, marriage is a holy union of two souls which continues in the next births as well.

Although marriage is considered as an indissoluble union, Hindu sages recognized the wife’s right to get rid of her husband under very exceptional circumstances. These exceptions are:

So, it can be inferred that Ancient Hindu law recognized the concept of divorce.

Divorce means putting the holy union of marriage to an end. After divorce, there is no relation of husband and wife and all obligations of a marital life comes to an end. This concept gained more importance when the sacramental nature of marriage began shifting towards contractual nature when ideas of liberty and equality become popular as basic human rights. Hindu codified law also recognized divorce. Considering the contractual nature of marriage, it can be said that a marriage can be repudiated like a contract. If we want to understand the causes of divorce, we have to refer the theories governing the divorce.

There are basically three theories of divorce:

This theory works on the principle that if one of the party to a marriage is guilty of an matrimonial offence that is the offence which destructs the very foundation of marriage, the other party cannot be forced to live with the guilty party, it may seek divorce. It is essential that the other partner did not connive or condone the guilty partner. Moreover, one cannot be allowed to take advantage of one’s own wrong. For instance, if the guilt of one partner is with the consent of the other partner.

Old English law required that the party which seeks divorce must be innocent. If both parties are guilty of some matrimonial offence say cruelty, divorce cannot be granted to any of them. This is the doctrine of recrimination. But modern English law does not recognize this principle.

In a martial relation, it is expected that the partners are loyal towards each other. Adultery by one of the partners can cause extreme hardship for other, it breaks the trust between partners which is very essential in a martial tie. Adultery means having sexual intercourse outside the wedlock. So, if one party is guilty of Adultery and the offence is proved, divorce can be granted.

Treating the other partner with brutality is sufficient cause to grant divorce. Cruelty may be physical or mental, subtle, or brutal or something which makes it difficult for the parties to live together. Physical violence is best example of cruelty. Since marriage does not give someone the right to be cruel towards other partner. This ground saves numerous women who had been the victim of domestic violence.

These are fundamental faulty grounds but now many other grounds are recognized like if one partner is suffering from insanity, leprosy, venereal diseases, or if one partner has renounced the world or is dead, if the partner is guilty of heinous crimes like rape, bestiality, sodomy etc.

This form of divorce is recognized in many parts of world like China, Latin American states, Belgium, Norway, Sweden, and other Eastern European countries.

This theory has been criticized as well on following points:

As it is said that marriage is not only a union of two persons but of two families as well and consent theory makes divorce very simple. Two persons may not try to adapt with each other. People may forget about adjustment which is essential in every walk of one’s life.

Under Hindu law, marriage is still considered as a sacrament although it has features of a contract but still people believe in holy nature of this relationship. Consent theory paves pay for divorce by simple mechanism.

But we have certain provisions under Hindu Marriage Act, 1955 which solve this problem. like According to Section 13 B, parties must wait for one year before presenting a petition for divorce and check whether they can live together. It implies a duty on parties to try to save the holy union. The Matrimonial Causes Act 1973 of English law requires the parties to wait for period of two years and then file for divorce.

If one of the parties does not want to live with the other but there is no sufficient ground available to bring action against the other party, and the other partner does not agree on mutual divorce, it may cause hardship to the party.

Certain habits of other partner may not be liked by one partner like excessive drinking but it is not a ground of divorce, so there is no remedy available to the innocent party.

In case a marriage has completely broken down, there is no possibility of reconciliation, parties have completely different stands to each other and there remains nothing of the marriage and it becomes an empty shell.

Sometimes it may be difficult to prove the offence of other spouse in the court or the other spouse may not agree on mutual divorce, it leads to great difficulty as spouses are compelled to sustain that tie despite their will. So, is it worth to keep living in such a marriage? In such cases it is better to dissolve the tie than to remain in an unhappy relation.

This ground has been recognized in many systems of law with some modifications like in Soviet Union, West Germany, East European countries, divorce is granted on the ground that marriage has broken down beyond any possibility of repair. In Countries like Sweden, New Zealand, U.S.A, Australia and India, the Legislature provides certain period and conditions after which the divorce may be sought on this ground.

In India, Hindu Marriage Act, 1955, provides two instances to get divorce on this ground:

Special Marriage Act also have these provisions under Section 27(2).

These three theories are widely accepted as the ground for granting divorce. However, the position regarding irretrievable breakdown of marriage is still under progress in India. Irretrievable breakdown of marriage is not a ground of divorce itself as observed in Manisha Tyagi v. Deepak Kumar.[1] The parties must wait for some period even if there is nothing left in that marriage. But the waiting period to seek divorce has been waived off in some case where subsistence of marriage causes extreme hardship to one spouse.[2]

The Supreme Court of India recommended the Union Government to add it as a ground of divorce under Hindu Law in case of Navin Kohli v. Neelu Kohli.[3] The 71st report of Law Commission also recommended to make irretrievable breakdown of marriage a ground for divorce. But this has not been done yet.

Marriage as a sacred union has its own importance but in modern society, freedom, liberty, and choice have equal importance. No one should be compelled to sustain a martial tie owing to legal or social bars. 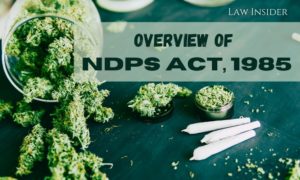 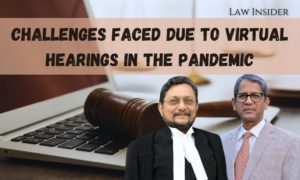 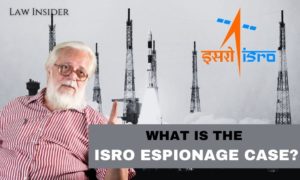