Patent is a legal document for invention of creator. It is granted by government that provides exclusive right to use, sell or import product or process to the inventor. The term ‘Patent’ has been defined under Section 2(1) (m) of the Patents Act, 1970 which states that “patent” means a patent for any invention granted’ under the Act.

An invention as mentioned in Section 2(1)(j) of act is relating to a product or a process that is new, involving inventive step and capable of industrial application can be patented in India. Indian Patent Act 1970 and Patent rule 2003 currently governs Patent Law in India. It is a form of intellectual property that is intangible in nature granted for a period of 20 years from the date of filling application. Patent is territorial right. Patent is techno-legal document.

Why to register a Patent?

To prevent third party without authorization:

Which forms must be submitted?[i]

Invention makes existence simple and contributes in nations financial growth and development beside giving exclusive right to inventor. To protect it from infringement it is advisable to obtain patent for an original invention. Patent search and patentability report are crucial component of the registration process. Before filing it is always advisable to check whether there is a similar patent already existing or not.

A patent search is an examination performed by an inventor or their attorney to determine novelty, utility, and obviousness of invention. While this step is optional, it may save time and assist you recognize whether or not or now no longer you must record for a patent with inside the first place. This process is also known as prior art. Website, where one can carry out public search.

What are the stages for filling patent application?

Every application shall be for one invention.[ii] All the steps mentioned below are mandatory and must be followed in series to get patent.

Section 6 of Chapter 3 Indian Patent Act 1970 mentions who can apply for a patent registration.

How and where to apply?

Application for grant of patent can be filed online or by submitting a paper application, the applicant can file application form in physical mode at appropriate patent office. In India first online filling commenced from 20 July 2007. Physical filing should be filed carefully within territorial jurisdiction as specifically mentioned by an applicant or in case of join applicants the first name of applicant mentioned.

Appropriate patent office includes applicants’ place of residence/domicile or place of business, location where invention originated. Address for service or place of his patent agent business is given by foreign applicant whose business is not in India or is not domicile in India.

All rights related to patent in India are governed and granted by office of controller general of patents, designs and trademarks [CGPDTM] that is a government office under Department for Promotion of Industry and Internal Trade.

An applicant shall fill form 1 with payment of prescribed fees to apply for registration of patent. The application shall be accompanied with patent specification that is a written document describing invention. Provisional and complete specification are two types of patent specification mentioned in Section 9 of Patent Act 1970. Former is optional while latter is mandatory.

The patent office publishes the following information in the patent journal:

After publication stage is completed, a request is filed at patent office for examination as mentioned in section 11B of chapter 4 of Patent Act 1970. This request must be made within 48 months from priority date.  Examiner who is an expert is allocated by patent office on applicant’s request. Examiner examines patentability criteria on novelty, non-obviousness, industrial applicability, section 3 and 4 and mistake.

After the examination, the examiner prepares the first examination report and sends it to the applicant for an answer. Reply must be made within 6 months. Examiner if satisfied will accept the reply and is not satisfied will conduct a hearing. After hearing and clarification thereby if accepted patent will be granted or rejected or partially accepted granting patent after amendment.

There are two stages while filling an application for grant of patent where one can oppose.

First is Pre-grant opposition is made when patent is published and not granted. Any interested person can file this opposition after publication in official journal by Patent Office.

Second is post-grant opposition that can be filed by only person skilled in art of invention with evidential document. This opposition shall be filed within one year from grant of patent.

Controller grants the patent and in official journal of patent office grant of patent is published. A certificate of patent is given to applicant. Term of patent is 20 years from date of filling application. Renewal fees is required to be paid every year after expiration of 20 years and if not done so patent comes under public domain.

Dr Snehalata, the applicant, argued that his previous opposition was well within the time limit established by the amended law as it was received before the patent was granted. She argued that under patent law, a patent is not granted until it is sealed and registered.

In January 2007 a hearing was granted followed by submission of written statement to controller. In May 2007 pre-grant opposition was rejected by stating the reason of time barred. A writ petition was filed challenging order of controller.

HELD:  Delhi high court laid a landmark judgement relating to actual date for granting a patent. Court held patent is considered to be granted after Controller passes an order to effect, after passing final order to grant a patent and being noted by Controller it is then considered to be date on which patent is granted.

FACT: Plaintiff is manufacturer of a toy named viewer and has patent for same. Images are printer on 35mm medially cut positive film that can be viewed through a lens. In this case respondents have infringed by manufacturing and selling by producing similar and identical toys. Respondent denied this allegation and said that the process used by plaintiff does not qualify as an invention.

HELD: Court held that “It is the pith and marrow of the invention claimed that has to be looked into and not get bogged down or involved in the detailed specifications and claims made by the parties who claim to be patentee or alleged violators.” It was also held that grant of patent is quid pro quo where quid is the knowledge to public and quo is monopoly granted for term of patent.

FACT: Appellant Laxmi Dutt Roop Chand, holder of a patent related to the manufacturing process of hollow ware such as “lotas”, “batwas”, “degchis”, “batlois”, etc. Patent infringement lawsuit against the defendants Nankau and other was filed alleging that their process for the production of hollow ware infringed the patents held by the appellant and requested an injunction from the defendants to manufacture the hollow ware using this method.

In response to the infringement claimants’ action, the defendants asserted that there was no infringement and filed a counterclaim for the revocation of the patent.

HELD: Patentee includes assignee of patent whose name is entered into register of patent.

Patent is a valuable legal document. It protects right of inventor and helps in gaining commercial profit from invention. Filing protects invention from misuse. Rights is immediately grant over invention after invention on first to file basis but executed after grant of patent. It is a lengthy and complex process which takes 2-5 years but is worth protecting. Online registration has made it easier to apply for grant of patent that saves a lot of time and number of applications have subsequently increased due to it.

Vaishali Chaubey has completed PG diploma in IPR from Government Law College, Maharashtra. She is always looking for opportunities to learn new things. She is inquisitive about legal research. She believes that through consistency and hard work anything can be achieved. 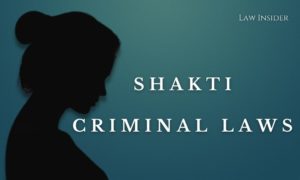