Protection of Children from Sexual Offences Act, 2012 (POCSO) came into force with effect from 14th November 2012. The main object of this Act is to deal with child sexual abuse cases.

This Act is a comprehensive law to provide for the protection of children from the offences of sexual harassment, sexual assault and pornography, while safeguarding the interests of the child at every stage of the judicial process by incorporating child-friendly mechanisms for reporting, investigation, recording of evidence and speedy trial of offences through designated Special Courts.

The POCSO Act, 2012 defines a child as ‘any person below eighteen years of age’, and defines different forms of sexual abuse, including penetrative and non-penetrative assault, as well as sexual harassment and pornography, and deems a sexual assault to be “Aggravated” under certain circumstances, such as when the abused child is mentally ill or when the abuse is committed by a person in a position of trust or authority to the child, like a family member, teacher, police officer, or doctor.

People who traffic children for sexual purposes are also punishable under the provisions relating to abetment in the said Act. The said Act prescribes stringent & strict punishment graded as per the gravity of the offence, with a maximum term of rigorous imprisonment for life, or fine or both.

The Act casts a legal duty upon a person who has knowledge that a child has been sexually abused or harassed to report the offence; if he fails to do so, he may be punished with six months‟ imprisonment or fine or both.

It also casts the police in the role of child protectors during the investigative process. Thus, the police personnel receiving a report of sexual abuse of a child are given the responsibility of making urgent arrangements for the protection and care of the child, such as placing the child in a shelter home as should the need arise and obtaining emergency medical treatment for the child.

The police are also required to bring the matter to the attention of the CWC (Child Welfare Committee) within 24 hours of receiving the report, so the CWC may then proceed where required to make further arrangements for the security and safety of the child.

It also makes provisions for the medical examination of the child in a manner designed to cause as little distress as possible. The examination is to be carried out in the presence of the parent or other person whom the child trusts, and in the case of a female child, by a female doctor.

The Act provides for Special Courts that conduct the trial in-camera and without revealing the identity of the child, in a child-friendly manner. Thus, the child may have a parent or other trusted person present at the time of testifying and can call for assistance from an interpreter, special educator, or other professional while giving evidence; further, the child is not to be called repeatedly to testify in court and may preferably be testified through video-link rather than in a courtroom.

Above all, the said Act stipulates that a case of child sexual abuse must be disposed of within one year from the date the offence is reported. It also provides for the Special Court to determine the amount of compensation to be paid to a child who has been sexually abused, so that this money can then be used for the child’s rehabilitation and medical treatment.

This Act recognises almost every known form of sexual abuse against children as grievous punishable offence, and makes the different agencies of the State, such as the police, child protection machinery and judiciary, collaborators in securing justice for a sexually abused child.

Further, by providing for a child-friendly judicial process, the said Act encourages children who have been victims of sexual abuse to report the offence and seek redress for their suffering, and to obtain assistance in overcoming their mental trauma. In time, the said Act will provide a means not only to report and punish those who exploit and abuse the innocence of children, but also prove an effective deterrent in curbing the occurrence of these offences.

The Act is implemented with the active participation of the State Governments. Under Section 39 of the Act, the State Government is required to frame guidelines for the use of persons including non-governmental organisations, experts, professionals or persons trained in and having knowledge of psychology, physical health, social work, mental health and child development to assist the child at the pre-trial stage and trial stage.

The guidelines formulated are Model Guidelines by the Central Government, based on which the State Governments can then frame more extensive and specific guidelines as per their specific needs.

Sathish Vs State of Maharashtra

On 19th January 2021, a judgement passed in the case of Sathish Vs State of Maharashtra acquitting the accused, Satish, under Section 7 (sexual assault) of the POCSO Act, while ruling that the act of groping a child’s breast, without any skin-to-skin contact and sexual intent, is not sexual assault under the law.

Now let’s see what the section 7 of POCSO Act says:

An offence U/s 07 of the POCSO Act involves two things. The sexual desire of the accused and the resultant injury caused to the body of the ‘CHILD’ (of either gender)

Justice Pushpa Ganediwala of the Nagpur bench of the Bombay High Court, in a judgement said in her verdict that mere groping will not fall under the definition of sexual assault. She modified the order of a session’s court, which had sentenced a 39-year-old man to three years of imprisonment for sexually assaulting a 12-year-old girl.

As per the prosecution and the minor victim’s testimony in court, on December 2016, the accused, Satish, had taken the girl to his house in Nagpur on the pretext of giving her something to eat. He gripped her breast and attempted to remove her clothes, she recorded in her verdict. However, since he groped her without removing her clothes, the offence cannot be termed as sexual assault and, instead, constitutes the offence of outraging a woman’s modesty under IPC section 354, the high court held.

Now what does the section 354 of IPC says:

Whoever assaults or uses criminal force to any woman, intending to outrage or knowing it to be likely that he will there by outrage her modesty, shall be punished with imprisonment of either description for a term which shall not be less than one year but which may extend to five years, and shall also be liable to fine.

The court overlooked few fundamentals of the statutes and the jurisprudential side of a criminal act. The POCSO Act is a gender-neutral statute. On the other hand, section 354 IPC is woman oriented. In other words, in the POCSO Act, both girl and boy can be a victim. In 354 IPC, only a woman can be victim.

The POCSO Act is a victim-oriented statute. The injury caused to the person of the victim assumes more importance. The words, “…with sexual intent touches…” denotes that an unintentional touch or contact cannot and will not attract an offence under this Act.

For example, an unintentional touch while travelling in a train or a bus, examination by a doctor or medical intervention as a part of physiotherapy or any other diagnosis involving contact with private parts of a child. The touch should be intentional, and the intention should gratify the sexual desire of the accused.

The fact in issue before the Bombay High Court was that a person deliberately groped the breast of a child of 12 years over the dress. The court convicted him under section 354 IPC which means that his intention was established. In other words, it was not an accidental or unintentional touch.

Section 354 A (1) (i) reads, “Physical contact and advances…” It does not speak about ‘sexual intent’ as in the case of section 7 of the POCSO Act; which gives an indication that the body of the woman and the injury caused to it by the touch of a man is the orientation of that section.

Whatever be the intention of the accused, going by the words of the section the offence is complete. Nevertheless, whether an unintentional touch will make a person liable to be punished under this section will be a larger question.

To Conclude, Extensive legal expertise is not required to see everything wrong with Justice Ganediwala’s orders. The issues regarding her ‘skin-to-skin’ interpretation and her failure to ascertain the age of a survivor where the age was in dispute, would be obvious to any law student. This leaves one with the uncomfortable thought that the problematic judgments by Justice Ganediwala may just be devastatingly scratching the surface.

Orders passed by her are being searched out, but what about orders by other judges who also received no detailed training on the POCSO Act? What about other judges who haven’t been trained to leave old-fashioned ideas about consent at the door when hearing rape cases?

“These kinds of cases give an indication that there have to be specific programmes for newly appointed high court judges targeted at specific issues,” Justice Lokur says, pointing out that these should include rights of women, children, minorities, scheduled tribes and scheduled castes.

Also, theoretically the offence under Section 7 of the POCSO Act and Section 354 of IPC works in two distinct situations, though practically they may overlap at times.

In the factual circumstances of the case discussed above, the only possible conclusion can be that the offender is liable to be punished under Section 08 of the POCSO Act which carries a minimum punishment of three years and not under section 354 of IPC. 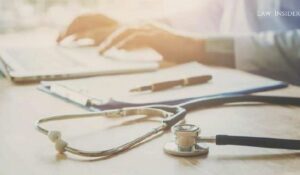