Sting operations are investigative actions conducted by law enforcement organizations to find crimes that are pervasive throughout the nation. It is designed to catch a criminal who uses deception to commit a crime. It’s a tricky trust game that was carefully planned.

The term “Sting operation” appears to have come from the name of a well-known 1973 American film of the same name, called the “Sting.” The movie was based on a convoluted scheme concocted by two individuals to deceive a third individual into committing an offense.

To be more exact, a sting operation can be thought of as a deceptive investigation technique, in which the person conducting the investigation looks for information that is difficult to gain by a simple request in cases when the commission of an offense is likely.

In India sting operations has attracted a lot of traction due to in the first instance, it interferes with privacy in violation of Article 21 and restricts freedom of speech in violation of Article 19(1)(a) of the Indian constitution. In addition, it can give law enforcement agencies the opportunity to deploy covert methods to catch offenders, which is questionable and improper under the rules of evidence.

When using misleading methods, such detective investigation creates issues that could make it difficult to distinguish between morality and law, such as When it comes to pointing out the truth, is lying legal? No matter the working environment or the challenges getting information, are all approaches justified?

Sting operations are undertaken with the intention of probing government operations and determining whether any individual’s conduct are at odds with national policy. These actions have been correctly described as successful sting operations that force governments to be open and honest. On the other hand, there is another class of such procedures that violate the right to privacy while failing to advance society. If such actions were permitted, they would hinder people’s independence and restrict their freedoms.

No democratic government “could actually sustain itself without openness, and the common idea of accountability is that people should have relevant data regarding the operation of the government,” the supreme court ruled in S. P. Gupta v. Union of India.[1]

In the case of Romesh Thappar v. State of Madras[2], the supreme court ruled that the need for individuals in a democratic nation to be sufficiently informed so they can have an informed influence on decisions that may affect them stems from the public interest through freedom of discussion, of which freedom of the press is one component. The right of the people to know is a fundamental principle that is at play in various cases.

No rules governing sting operations have been established by any court. Different responses have been given by the judiciary. While a small number of people have raised concerns about sting operations’ potential to violate private rights and inspire crime, overall, the legal system views them as legitimate.

For instance, in the case of Sri Bhardwaj Media Pvt Ltd v. State in 2007, the Delhi High Court upheld the propriety of a tape from a sting operation that caught members of parliament accepting payments, in the interest of the general public. However, the supreme court ruled that wiretaps constitute a “serious invasion of a person’s privacy” in this case. However, in People’s Union for Civil Liberties v. Union of India[3], the Supreme Court established detailed guidelines that must be followed if the government plans to deploy wiretaps.

Contrarily, it is important to remember that the Indian Evidence Act allows for the introduction of illegally obtained evidence into court proceedings if it is “relevant” to the case and its admission is not prohibited by the Constitution or any other law. In the case of RM Malkani v. State of Maharashtra[4] in 1973, the Supreme Court upheld the admissibility of a tape recording of a telephone call. In fact, a careful study of the Indian Evidence Act indicates that there is no clause granting the court authority to reject evidence that has been obtained dishonestly or fraudulently.

Due to this, the Law Commission of India recommended in its 94th Report in 1983 that the government change the Indian Evidence Act to give courts the option to dismiss evidence that was obtained dishonestly or illegally if doing so would compromise the integrity of the legal system. No such law has been passed or gained support from the legal community as of yet.

However, it does put a person who discloses such evidence at risk of being prosecuted for any crimes done in order to obtain the evidence. At some point, a legal right has been infringed if evidence is “illegally” obtained, and someone must be held accountable.

In RK Anand v. Registrar[5], the Delhi High Court stated that anyone charged with a crime cannot claim that the person who exposed the crime had committed any claimed violation. If the sting operation that came before it in any way infringed the subjects of the stings’ rights, that would be a problem that needed to be handled separately. A person who feels wronged is always free to look for legal recourse in civil or criminal court.

When viewed in this light, people, businesses, and investigative agencies are free to carry out sting operations and gather any evidence required by the situation as long as they are prepared to take responsibility for their conduct and risk legal repercussions.

Admissibility of Sting Operations as Evidence

Indian law is still up for debate about the value of sting operations as evidence. The job of law enforcement agencies has not been fully embraced as conceptions of criminality detection and proof of illegal activity. Such operations by the compliance authorities in India have not yet been evaluated and appraised, and our judicial framework has not yet formally recognised them.

However, one could argue that this evidence is inadmissible since it was obtained by instigation or, in a way, even fraud. There are many who believe that regardless of the method employed to get the evidence, it should be allowed when there is strong evidence against the suspect or the accused. Given that the Indian courts have reached radically diverse conclusions, the issue is still unclear.

In the past, the courts weren’t very concerned about the method used to get the disputed evidence. They held the opinion that the evidence is nonetheless evidence even though the civil procedure code’s recommended measures weren’t truly followed.

The evidence gathered through sting operations has recently come under scrutiny by the courts because it tends to infringe the victim’s privacy. When evidence is gained through persuading a person to commit a crime, it is typically ignored; however, in the case of Sri Bhardwaj Media Pvt. Ltd. vs. State, W.P. Beyond that rule, the Indian court took into account the significance of the public interest and maintained the validity of the evidence gathered through a sting operation.

Evidence obtained through undercover operations has occasionally been considered admissible since it was disclosed extrajudicially. The accused’s confession cannot be recorded solely on the basis of an extrajudicial confession unless the additional circumstances surrounding the confession and the evidence on the record point to his complicity.

The Apex Court disagreed, ruling that the recorded utterances constituted inducement and were therefore inadmissible in the matter of State of Haryana v. Ved Prakash.[6]

News coverage has a better balance than Indian law enforcement organisations’ capture stings because of its mission to impart knowledge and promote mindfulness. Only when it becomes clear that the sting operation had something to do with the favours that were allegedly sought in exchange for the bribe will this question demand assurance during the course of a full judicial trial. Only the sting activity or channel may then need to appear in court for a trial for connivance under section 120B of the IPC.

The primary intent to file the offence of abetment under Section 12 of the Prevention of Corruption Act, or 2014 Section 120 B IPC, cannot be inserted by a columnist or resident who executes sting operations and has no connection to the thing that is allegedly sought in exchange for the bribe.

In this approach, Rajat Kumar’s case permits a journalist or other person motivated by a desire to expose impropriety in public without justification to ask for any favours in exchange.

Is there a real need of Sting Operations ?

Sting operations developed into an incredible tool for uncovering wrongdoing and defiling the public sphere. We’ve seen a variety of instances when sting operations have played a key role in preventing crime and ensuring that everyone receives justice.

The right to obtain information about any occasion, occurrence, incident, etc. is likewise included in Article 19(1). The legislation must be based on the public interest, and sting operations must further that interest. The citizens of our country have the right to know every public act, everything that their public authorities conduct in a public manner, according to Justice Mathew in the case of the State of UP vs. Raj Narain. Their right to information stems from the idea of free speech.

The Union Information and Broadcasting Ministry must support the inclusion of a provision in the Broadcasting Bill that addresses sting operations. The Ministry must distinguish clearly between tales that violate privacy and those that reveal wrongdoing or have political ramifications. Sting operations that reveal wrongdoing and share information with political repercussions would be permitted, though, as any attempt to stop them would be perceived as a move to control the media.

The law must regulate media behaviour and identify who and to what extent the media can negatively impact someone’s life. For instance, in the US, only the federal government and the FBI are authorised to conduct sting operations using hidden cameras. The CBI or any other organisation must only be authorised to undertake sting operations in India, and its behaviour must be governed by applicable laws. This entity cannot be exempt from legal action. A legitimate authority, such as a court or the attorney general, must exist before the target of the sting can request permission. The target of the sting must possess proof of criminal activity.

The Supreme Court should make observations regarding the sting operations that are taking place today in order to achieve economic advantage. The issue with the media is that it only promotes stories that capture its audience’s interest and imagination, which could damage its reputation in the eyes of society.

The sting operations need to have a code of conduct in order to prevent slipping into that trap. Additionally, laws need to be reinforced in this area. If they are conducted according to the discussed protocol, sting operations are wholly legitimate. 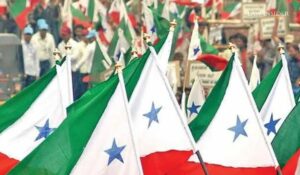