In Common law systems it is argued that “Jurisdiction is not given for the sake of the judge, but for that of the litigant.”

Recently making headlines was a Bollywood mogul’s son, who was denied bail on the grounds that the bail applications filed by the accused were untenable before the magistrate court. It reasoned that the Court, previously hearing the case, had no jurisdiction to hear his bail application on the subject matter concerned while referring the case to a special court for hearing.

Jurisdiction is a crucial idea in the construction of the legal universe, and it is beginning to excite the interest of academics. However, jurisdiction is more than just a formality. It determines the foundational parameters of law’s existence.

It is frequently observed that while settling any dispute, the issue of deciding the applicable law and jurisdiction are not prioritised. However, the significance of deciding who should decide and what laws should apply should not be overlooked as it enormously impacts the decision.

This article examines and touches upon the scope of the jurisdiction of Courts in India while carefully examining its importance in civil and criminal law.

What does ‘Filing a Suit’ mean?

‘Filing a Suit’ refers to the process of filing a legal documents at a courthouse. During the pre-suit stage, the client authorises the filing of a lawsuit after all other options have been exhausted.

Filing a suit basically implies bestowing a formal legal document, also called a Petition, with a court which would further initiate a lawsuit. In the preliminary stages, a plaint is to be submitted for initiating the suit. A plaint is a written claim brought by a party against the other. Through the petition, the aggrieved party, also known as the Petitioner, seeks a relief from the Court by proclaiming a Cause of Action against the defendant. The aggrieved party and the defendant are frequently referred to as the- Petitioner and Respondent respectively.

Certain things have to be kept in mind before filing a suit.

A suit must include the names and address of the parties, the subject matter of the dispute, the cause of action and the remedy sought among others things.

The location of the trial is simply referred to as the place of suing. Before filing a litigation (of any kind), it is necessary to ascertain which court has jurisdiction to hear the matter. Various statutes in the legislation define the jurisdiction of the courts in our country.

Jurisdiction stems from the Latin words- ius, meaning ‘law’, and dicere, which means ‘to speak’. In other words, jurisdiction is the application of the community’s sovereign law. The limit of judicial authority, or the extent to which a court of law can exercise its authority over cases, appeals, and other issues, is known as jurisdiction. The justification for creating the idea of jurisdiction in law is that a court should only be allowed to adjudicate on topics with which it has some relationship or that fall within its geographical or monetary limitations.

In Lalu Prasad Vs State of Bihar[i], the Supreme Courtheld that charges can be formulated without documenting reasons, but if the issue of jurisdiction is raised and the court is asked to adjudicate the issue, then the court must record the reasons pertaining to the same. In this case, the reasons were related to the question of jurisdiction rather than the charge framing problem. As a result, it was decided that in situations where the reasons relate with a plea of jurisdiction, they must be recorded.

Any authority bestowed by law on a court to decide or adjudicate any dispute between the parties, or to pass judgement or order, is referred to as jurisdiction. Jurisdiction is a crucial topic for the court, which must get to the heart of the problem and make a decision on the merits or at the preliminary stage. Any order issued by a court not having the jurisdiction becomes null and void, and is not enforceable under the law.

Jurisdiction is an expression of sovereign legitimacy since it refers back to the authority of the law. It includes the idea of a state’s power to rule, which sometimes gets problematic. It encompasses the concept of the state’s ability to rule. The term ‘jurisdiction’ is problematic in this context. In general it is used for a variety of range of contexts, some of which relate to geography, some to people and procedures and to constitutional and judicial institutions and authorities.

Courts are to try all civil suits unless barred as per Section 9 of Civil Procedure Code, 1908:

“The Courts shall have jurisdiction to try all suits of a civil nature excepting suits of which their cognizance is either expressly or impliedly barred.”

The Supreme Court in Laxmi Chand Vs Gram Panchayat[iii], held that the concept of the Land Acquisition Act, 1894 is complete in itself and hence the civil court’s competence to take cognizance of the matters arising under the act was precluded by necessary implication. As a result, the civil court lacks authority to issue a declaration on the legality of the process proposed by the legislation.

The sole remedy available to an aggrieved party is to seek the help of constitutional courts, by exercising their plenary powers. Therefore the absence of it in the case being referred to here, implies that the civil court has no jurisdiction.

Section 15 of Civil Procedure Code expressly mentions that every claim must be filed in the Court of the lowest grade that is qualified to hear it. While deciding pecuniary jurisdiction, courts determine whether or not to hear matters depending on their monetary worth. To determine the value of the claim, it refers to the plaintiff’s valuation. In case, a court believes that the valuation done by the plaintiff is not reasonable or rational, either undervalued or overvalued, then the court will refer the plaintiff to relevant forums.

The ultimate aim of manifesting pecuniary jurisdiction is to relieve the load from the leading courts while simultaneously providing quick-redressal to the parties.

The geographical extremities of a court’s power are well established and stated under this territorial or local jurisdiction. Courts exercise no power and control beyond a specified geographical or territorial boundary.

Despite the fact that majority of the intellectual law suits are filed in Delhi, the Supreme Court in Indian Performing Rights Society Ltd. Vs Sanjay Dalia[iv], held that the craftsmanship of lawyers practising in Delhi in dealing with such matters is irrelevant for deciding the territorial jurisdiction. The Court made an important remark that is not the convenience of the lawyers or their expertise which makes out the territorial jurisdiction for a matter.

The Supreme Court,while dismissing the appeal,in Jagmittar Sain Bhagat Vs Health Services, Haryana[v], indisputably held that it is a well-established legal principle that conferring jurisdiction is a legislative function that can neither be conferred with the consent of the parties nor by a superior court. If the court issues a decree with no jurisdiction over the matter, it is null and void. Furthermore, at any point throughout the proceeding, a claim can made with regard to the lack of subject-matter jurisdiction.

Once the forum is determined to have no jurisdiction, the decision of the court or the tribunal becomes irrelevant and inexecutable. The court cannot derive jurisdiction apart from the statute. The Court also held that a decree that lacks jurisdiction is void. The law prohibits any court, tribunal or any competent authority from usurping jurisdiction on any ground provided that the authority does not have jurisdiction on the subject-matter.

It is a well settled command that all offences are to be usually investigated, dealt and tried by a Court in whose local jurisdiction the crime was committed.[vi] However, if an offence is committed partly at one place and partly at some other place or where uncertainty remains on deciding the exact area where the offence was committed, then a Court having jurisdiction over any of the concerned area can try the case.[vii]

The Session Courts are a district’s supreme judicial authority for deciding criminal cases. The judges presiding over them are called Session Judges. A Session Court has the authority to carry out criminal courts’ session trial.

In addition to the Session Judges, the High Court of the State may appoint Additional Sessions Judges depending upon the workload of these Courts. These judges are accountable to the Session Judges and are responsible for trying offences like murders, dacoity, thefts among others.

The Courts of the Chief Judicial Magistrate(First and Second Class) constitute other subordinate courts that hear criminal matters.

Aside from the three-tier court system, there are a number of organisations for settling disputes that have been established by statute. These entities, which are commonly referred to as tribunals, serve as an alternative to courts for resolving disputes within the areas covered by the legislation that formed them.

In our country, the state is critical to the administration of justice. For serving this purpose, our Constitution has established various types of courts. The Supreme Court is the apex court in our country, followed by twenty-one High Courts established by the Indian Constitution, each with its own jurisdiction and powers.

Therefore, adequate knowledge about jurisdiction and law is pivotal and succour while approaching the Courts. 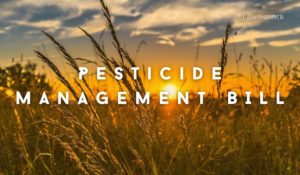 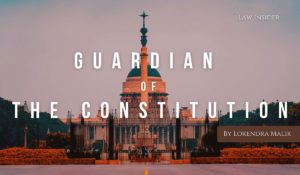 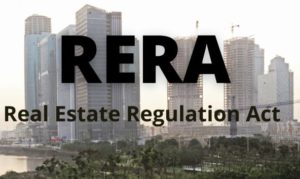