The doctrine of election is established in section 35 of the Transfer of Property Act of 1882, as well as sections 180-190 of the Indian Succession Act.

A choice between two alternative or conflicting rights is referred to as an election. A person can pick between two rights that are granted in such a way that one is higher than the other. He/She can’t have it both ways.

The recipient must pick between two inconsistencies or different rights; the application cannot use both. Essentially, it means that the one who receives the benefit should also incur the cost.[1]

The notion of equity was used to support this claim. According to this theory, a person can’t hang on to all of the transactional benefits, thus he can’t keep the property and take the benefits at the same time.

A person must choose whether to support or oppose such an instrument. This concept is based on the basic legal rule that requires the receiver to decide whether the beneficiary want to hold someone else’s property and whether to keep it or receive his intentions.

It is an important aspect of the Transfer of Property Act, 1882 that helps people resolve property disputes.

This notion is derived from the equity principle, which states that a person cannot keep all of the benefits of a transaction, hence he cannot keep the property while still receiving benefits.

They must choose whether to support or oppose the instrument. The doctrine of election is a common legal rule that requires the recipient to determine whether or not the heir wants to inherit someone else’s property and whether or not to accept his objectives.

Allegans contraria non-est audiendus is a legal tenet central to the instant doctrine, which states that anyone who claims things that are diametrically opposed to each other will not be heard.

Further, the House of Lords articulated the idea of the theory of election in the landmark case of Cooper vs. Cooper[3].

In the following remarks, Lord Hather explains the concept behind the doctrine of election:

This doctrine applies to both Hindu and Islamic law, as well as movable and immovable property. This dogma is based on the equity principle that if a person coaxes another to act in a way that is contrary to his preconception and receives any kind of advantage from that behaviour, the person cannot afterwards claim that he was not held accountable for his role because it was proven to be invalid.

This idea also applies to cases when a vendor/transferor of property tries to profit from his own wrongdoing, as well as gift/will issues. However, the notion is rarely applied to circumstances involving legal remedies.

Section 35 of the Transfer of Property Act of 1882 establishes the Doctrine of Election, which states that when a party transfers a property over which he has no right of transfer and the benefit conferred upon the first owner of the property, such title-holder must elect to either validate or reject the transfer; upon rejection, the benefit shall be relinquished back to the transferor subject nonetheless:

In English law, the buyer who chooses not to be moved does not lose money, but he or she must pay others who are disappointed.

The notion of compensation is used in British law, whilst confiscation principles are applied in English law.

The election timing is not regulated by English law. The property owner has a year to determine whether or not to ratify the transfer under British law.

If the owner refuses to allow the reuse, he is presumed to have been chosen to confirm the transfer.

The individual who benefits indirectly from the transactions rather than directly according to section 35 is not required to elect.

If the owner refuses to allow the transfer, the transferred service will be surrendered to him and returned to the transferor or his representative as if he had not been freed, according to section 35.

The following scenarios are possible:

When the property owner indicates to either the transferor or his representative within one year of the date of transfer, according to section 35.

Even though they are aware of the expiration date and have received information from their representatives, they are presumed to have elected to confirm the election if they do not respond after the term has expired.

Someone else, who is not impaired, votes on his behalf.

The following are the necessary circumstances for applying this doctrine:

Pre-requisites to the Application of Doctrine of Election

In the case of Mst. Dhanpatti v. Devi Prasad & Ors[5]., the court outlined the essential requirements that must be met before petitioning the Doctrine of Election.

Ownership Interest on The Property

The property owner must, without a doubt, have a proprietary interest in the property. The transferor should have acknowledged that he was transferring someone else’s property.

A person cannot be requested to vote unless he or she has a proprietary interest that is renounced in violation of the individual’s rights.

As a result, the election cannot be made in the following situations:

Part of the Similar Transaction

This is yet another prerequisite for using the Doctrine of Election. The benefit should be given to the property owner by a similar transaction in which he transfers property over which he has no right to transfer.

Notably, the conferred benefit and the transfer are both part of the same transaction.

If they are linked and incomprehensible, they are considered comparable transactions, which means there is no election if the transfer claimed and benefit delivered on both are separate transactions.

However, each of them do not have to be stated in the same instrument because it is possible that both are performed with fewer than two different instruments.

The court stated in Ramayya & Anr. v. Mahalakshmi[6] that a person cannot be excluded from the Doctrine of Election under the Will for appealing a previous gift if the will isn’t the issue at all.

Furthermore, it should be noted in Ammalu Achi v. Ponnammal Achi & Ors.[7] that the different nature of two properties isn’t an impediment to the owner’s election.

Intention of the Transferor

In order to invoke the Doctrine of Election, the transferor must have a clear and unequivocal intention to part with property that he does not own. Because prior talks are not permitted, the transferor’s intent must be explicit.

The property owner should not be the direct beneficiary of a transaction, but he or she does not have to elect to divert a benefit.

When a person receives a benefit in a different capacity, the question of election is not raised. The term owner should be understood because it has a wide range of meanings and can refer to someone who has both a contingent and a vested interest.

Even a person with a remote interest is covered by section 35’s understanding of the term owner.

Property owners are constantly put to an election, and in exchange for their property ownership, they are offered a monetary reward.

Furthermore, the property owner should gain directly rather than indirectly.

In Valliammai Achi v. Nagappa Chettiar & Ors[8]., the court decided that the coparcener can’t be claimed to draw any benefit under the will and wasn’t subjected to an election under sections 180-190 of the Indian Succession Act

The question of election does not arise where the benefit is supplied to a person in a completely separate role. A human can use a benefit in one capacity while disagreeing with or rejecting it in another.

It is likely to allow an individual to play two roles, such as accepting a bequest for an estate while also holding the property in his own capacity.

The following are the exceptions of the doctrine of election: 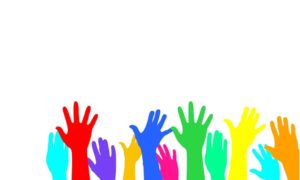 There are two ways to approach elections. The owner’s choice can be made directly or indirectly. Direct election is just the dissemination of information about the elected option or choice.

Nonetheless, indirect election refers to the original owner obtaining the advantage. However, it is dependent on two requirements:

Such an election would imply that the owner has decided to support the transaction.

In the trailing cases, it is assumed that the owner has agreed to the transaction if the property owner who receives the benefit has enjoyed it for at least two years without any disagreement or repudiation of the transaction.

The beneficiary is presumed to have relinquished the inquiry after receiving the benefit for two years.

When the property owner or transferee acts/uses the benefit bestowed on him or the property gifted to him in such a way that it is impossible to reposition the interested parties or restore the property or benefit to the original owner in the same condition as before it was conferred.

The concept of choice is based on the idea that the person who uses the instrument must also bear the weight imposed by it, and that he cannot carry both under and against the same instrument.

This is a violation of general principles that no one can accept or deny. This notion is predicated on the law’s implied intention that the author of the instrument intended to manifest any part of the ether.

Anyone who uses a will or other instrument has an obligation to make that instrument completely effective, whereas donors and settlers do not have.

What effect, however, can be derived from his consent that has been compensated using the same instrument?

The applicant’s obligation to use the instrument in its entirety will be governed by the law.

Even if part of the tool is invalid, the rest is sufficient to place someone to vote if they say so.

Here, it was deduced by the Court that It is inappropriate for a plaintiff to ‘approbate and reprobate.’

The word is thought to have originated in Scotch law, where it expresses the concept contained in our election doctrine—that no party can accept and reject the same instrument.

The Court also observed in its ruling that the doctrine of election, however, is not limited to instruments.

A person cannot claim one thing, for example, that a transaction is lawful and so gain some benefit to which he is only entitled on the basis that it is valid, and then turn around and declare it is void to obtain another benefit.

That is, to approve or disapprove the transaction. As a result, the doctrine of election is proven to be founded on the principle of estoppel.

The Doctrine of Election, one of the most essential equitable concepts, is envisioned in Section 35 of the Transfer of Property Act, 1882.

The notion of election is based on the idea that the individual who benefits from an instrument should also carry the responsibility.

Simply expressed, one cannot take under and against one and the same instrument.

Several other aspects, such as proprietary interest, deriving indirect benefit, transferor’s intention, and so on, have been discussed and clarified for a better understanding of the Doctrine of Election.

Election is a choice between two options or rights that dispute. One can choose one of them by offering two rights, one of which is higher than the other.

He/She can’t have it both ways. The recipient must pick between two inconsistencies or different rights; the application cannot use both.

Essentially, this means that the burden must be shared by the recipient. Being drawn from the equity principle, which asserts that no one person may gain from both sides.

This theory has proven to be effective in resolving numerous poverty conflicts.

Sine Non-Qua for the Legal Notice

Is Screenshot Admissible as Evidence Under Indian Evidence Act ?