Abetment of suicide can also be termed as self-destruction or self-murder. All the means by which a person can end his life, can destroy his life are the means of abetment. No studies have proved until now that why people attempt suicide, what is there in their mind while they take such decisions and just end their lives.

Mostly suicides end up being mystery for the rest of the world. For example, there is a song which was released in late 80s which is famously known as the suicide song because the singer/musician who wrote and sang it died of suicide due to depression, after that 100 more suicides have been recorded in which the person have left lyrics of that song in their suicide notes, were listening to the song while they died, had last played song etc.

There is another example of abetment of suicide, dowry deaths, newly married lady is tortured and beaten by her in-laws for the demand of dowry which as the result kills the lady.

Section 107 of Indian Penal Code says that Abetment of a thing.—A person abets the doing of a thing, who—

(First) — Instigates any person to do that thing; or

(Thirdly) — Intentionally aids, by any act or illegal omission, the doing of that thing. Explanation 1.—A person who, by willful misrepresentation, or by willful concealment of a material fact which he is bound to dis­close, voluntarily causes or procures, or attempts to cause or procure, a thing to be done, is said to instigate the doing of that thing. Illustration A, a public officer, is authorized by a warrant from a Court of Justice to apprehend Z. B, knowing that fact and also that C is not Z, willfully represents to A that C is Z, and thereby intentionally causes A to apprehend C. Here B abets by instigation the apprehension of C. Explanation 2.—whoever, either prior to or at the time of the commission of an act, does anything in order to facilitate the commission of that act, and thereby facilitate the commission thereof, is said to aid the doing of that act.

Section 107 clearly states that instigation, conspiracy with any person or persons for doing a certain act and intention are the major components of abetment. To successfully constitute abetment these conditions are needs to be fulfilled exactly as they are described in the section.

The section has an attached explanation which makes is easier to read and understand the section.

Section 309 of Indian Penal Code says that Attempt to commit suicide.—Whoever attempts to commit suicide and does any act towards the commission of such offence, shall he punished with simple imprisonment for a term which may extend to one year 1[or with fine, or with both].

Section 309 comes with a mandatory condition that if a person is attempting suicide, this section will only apply if the person is alive and not died because of suicide attempt, mere attempt will have a punishment of simple imprisonment of 1 year or fine or both. This punishment is really less if compared to the punishment for the abettor, because Indian Constitution has made it a fundamental right to live, whereas the act of abettor is taking away the option to live from a person resulting in his death which is heinous in nature and is contradictory to the fundamental rights mentioned in the Indian Constitution.

Death sentences have been revoked from many country’s laws because it was contradicting with the fundamental rights of the state, similarly any condition which violates the right to life is heinous in nature and hence the punishment for abettor is harsh when compared to attempt of committing suicide.

Section 306 of Indian Penal Code reads as, Abetment of suicide.—If any person commits suicide, whoever abets the commission of such suicide, shall be punished with imprisonment of either description for a term which may extend to ten years, and shall also be liable to fine.[4]

Section 306 provides the punishment which may extend to ten years or fine or both for the abetment of suicide. The irony is, the person who is committing suicide is still outside the purview of any penal offence whereas abettor is convicted of an offence of abetment of suicide under this section.

To successfully convict a person under this section, one must have to fulfil three essential requirements which are mentioned in Section 306, which are,

All the conditions must satisfy without a pinch of doubt only then the conviction can be successfully made on the ground of section 306.[6]

In the case of Ramesh Kumar Vs State of Chhattisgarh[7] it was held that ‘instigation’ may be inferred from a series of acts on the part of accused that led to creation of such circumstances where the deceased had no other option left with him or her than committing suicide.

This series of acts may include use of force, words, conduct, willful omission or deeds or for that matter even silence of accused in order to annoy or irritate the deceased which resultantly caused the latter to take steps to put an end to one’s life. This overt act has to necessarily couple with a concomitant element called the mens rea to encourage the deceased to commit suicide.

In Another case, court held that the term ‘Instigation’ should not be confused with the term ‘Intimidation’, both the terms have their different meanings and can change the entire meaning of the fact if constituted with one another. Intimidation means alarming someone, scaring them, intimidation may result in death if a person is frightened by the sudden text or if he sees something which cause him or her to retaliate whereas instigation means provoking or encouraging someone to cause his death.[8]

To be able to fulfil the condition of instigation one must have to form a nexus between the act of abetment of a person and the actual commitment of suicide, this was established in the case of M. Mohan Vs State[9].

Mere threats given by the accused in relation to involving the family in false and frivolous cases cannot be brought under the ambit of instigation[10].

The charge of abetment of suicide is widely used in the cases of dowry demand related suicides or suicides as a result of domestic violence or cruelty, intentionally starving a person to death, maltreating, bigamy, domestic violence due to excessive drinking habits of husband etc.

These are not the exclusive reasons for the commission of suicide due to instigation but are inclusive and there are many more such reasons cause of which this section can be instituted.

The law says mere saying something in the heat of the moment or during anger will not give rise to section 306 because of absence of mens rea, no suit can be constituted if there is a reasonable time between the instigation and committing of suicide[11]. In case where the lack of evidence cannot confirms if the case is an accident or a suicide, the accused with enjoy the benefit of doubt in such situation.[12]

These are not the exclusive reasons for the commission of suicide due to instigation but are inclusive and there are many more such reasons cause of which this section cannot be instituted.

In Naresh Morotrao Vs Union of India[13] the validity of Section 306 was observed and the court held that section 306 constitutes an offence which is independent in character entirely. It is structured on the principle of public policy that no individual should involve himself in, or instigate, or aid the commission of a crime. It is in consonance with Articles 14 and 21 of the Indian Constitution and thus inviolative.

In the case of Gurbachan Singh v. Satpal Singh[14] it was held that the burden of proving that the offence of abetment of suicide is committed heavily lies on the prosecution. Hence it is necessary to collect clear evidences including circumstantial or direct evidences.

Duty of the Court

It is not just the duty of the court to bring justice to the person but the responsibility lies over the legislative body as well, legislative body should be more capable of enacting laws to protect its people from offenses and offenders.

It is the duty of the legislature to enact laws regarding the new emerging crimes which are mainly the mixtures of previously occurring crimes and many of them are new as well. Cases on Abetment of Suicide

In the case of Chitresh Kumar Chopra v. State (Govt. of NCT of Delhi)[15], the court have analyzed the dictionary meaning of the term instigation and goading, which means to encourage or provoke someone to take his own life or to take away his all the options other than committing suicide.

In Emperor v. Dwarka Poonja[16], intention to commit suicide is essential in order to constitute proceedings under this section.

In the case of Brij Lal v. Prem Chand[17] it was held that creating worsening situations and conditions that provoked or forced wife to commit suicide attracts the offence under Section 306 of Indian Penal Code.

In Sanjay Singh v. State of Madhya Pradesh[18], the court said mere saying ‘go and die’ during a quarrel between a husband and a wife does not constitute mens rea and is considered to be said out of anger or in the heat of a moment and hence does not fulfill the conditions of abetment of suicide.

The Constitutional validity of section 309 was struck down by considering it a cruel and irrational provision in the case of P. Rathinam v. Union of India[19], but later it was reconstituted in the case Gian Kaur v. State of Punjab[20], by saying that this provision does not violates the fundamental principles laid down in the Indian Constitution under Article 14, 19 and 21.

In case of Randhir Singh v. State of Punjab[21], the Supreme Court opined that, “Abetment involves a mental process of instigating or intentionally helping any person in commission of an offence with active participation in influencing the victim.”

A person assisting a widow to become Sati is guilty of abetment of suicide under section 306 of Indian Penal Code, in the case of King Emperor v. Vidya Sagar Pande.[22]

There are many landmark series of cases which justifies every decision of the court and every development in the law. 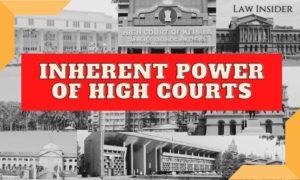 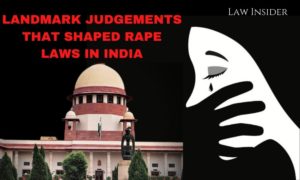 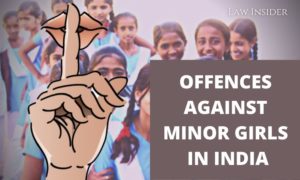